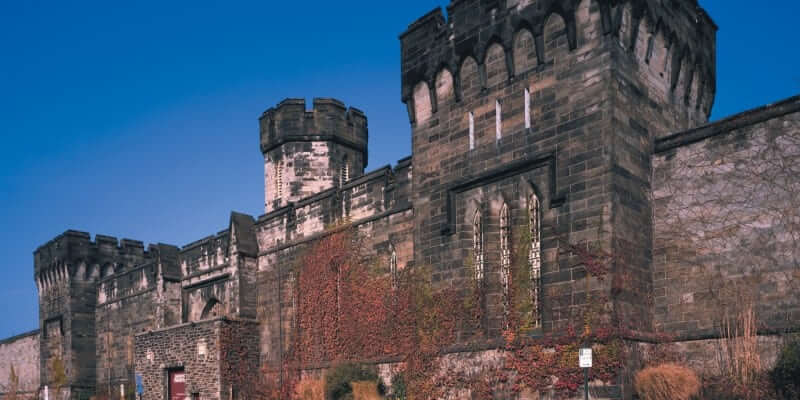 Eastern State Penitentiary, built in 1829 and in operation until 1971, is one of the most famous prisons in America. With prisoners as famous as gangster Al Capone once held within it unique wagon-wheel-shaped design, it was highly influential on the development of the U.S. prison system. Currently a National Landmark, Eastern State is now open to the public for tours and even holds annual Halloween haunt festivities known as “Terror Behind the Walls.”

This year for the summer season, the penitentiary is finally opening the doors to its long-abandoned medical wing to guests on a regular basis for the very first time. Prior to now, severe deterioration has forced the building to keep occasional hard-had tours to very limited special events.

Guests on the medical wing tour will get to see an “operating room, laboratories, pharmacy, X-ray lab, hydrotherapy rooms, psychiatric department, and a solarium for treating tuberculosis patients. A number of medical artifacts remain in place, despite decades of abandonment and decay.”

The first tours of Cellblock 3 (also called the Hospital Block) will be held on Friday, May 5th. Be sure to visit Eastern State Penitentiary’s official website for more information and advance booking resources.