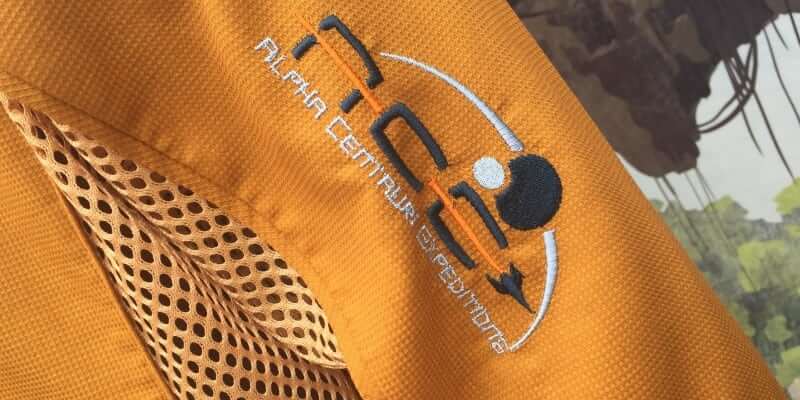 Djuan Rivers, Vice President of Disney’s Animal Kingdom, recently stated that Disney Parks was embarking on the “most immersive experience in Walt Disney World” with the creation of Pandora – The World of Avatar. Representing a world that does not exist on our planet, guests will discover an environment with a unique ecosystem that is alien in many ways.

Pandora comes with its own plant life, animal life, civilization and story–all important elements in creating an “immersive experience.” However, many would agree that it is the Cast Members that actually give the story life. Today we found out a little more about the training of the Cast and the different costumes that will be used to advance a story that combines a commercial business, a research center and a transplanted citizen population on an alien planet.

One of the first things you will notice in the World of Pandora are remnants of buildings and air craft placed throughout the land. Some of the buildings look like bunkers or mess halls. They are what remains of the Resources Development Administration (RDA), a company that sought to exploit the resources of Pandora for commercial use. RDA is no longer a threat to the planet, so their buildings and mechanical equipment have been repurposed by the Alpha Centuri Expedition (ACE)–a tourist company that hosts guests during their stay in Pandora. ACE runs the new restaurant, Satu’li Canteen, as well as the refreshment center, Pongu Pongu. Needless to say, Alpha Centauri Expeditions will be the Cast working Food and Beverage. Their uniforms are clean and simple with one actually resembling a chef’s coat. Another segment of people exist in the world of Pandora. They are the The Pandora Conservation Initiative, a group of scientists that facilitate research on the planet for the sake of preserving the ecosystem. They will be the ones that lead guests through their labs and show them the wonders of what they have discovered. Stationed at the Na’vi River Journey and Avatar Flight of Passage, these are the Cast that will operate the Attraction portion of the land and further the story with experiences that promise exposure to things that are entirely new. The Conservation Initiative uniforms are very tidy. You will notice starch collars and long-sleeved button-up shirts that are neatly tucked into pressed slacks. The final portion of the population are the people who decided to make Pandora their home. As foreigners who once visited the land, the culture became a part of them that they didn’t want to leave behind. These transplants display a striking similarity to “tourists” with blouses that look a bit like an animal version of the “hawaiian shirt” we associate with “out-of-towners.” Now operating much of the textile industry on the planet, they run small shops and stands to make a modest living. They are the people that you will find running the Merchandise portion of Pandora.

As we have stated before, the Cast all come together to tell a story of conservation and awareness–awareness of the impact that we make on the area we live in. Interestingly, Pandora is also making quite an impact on Central Florida.

When guests are welcomed on May 27, Pandora’s opening will mark the completion of the largest expansion in Disney’s Animal Kingdom today. It’s an expansion that has created 1,500 jobs for the area between its construction and continued operation.

To say that this is a contribution to the economic well-being of Orlando and its surrounding areas is an understatement, but it’s just the latest step on a path that Disney has been on for many years. Employing more than 73,000 Cast Members in more than 3,000 different positions in Central Florida, Disney is and has been the largest single-site employer in the United States.

In this way, the story of Pandora comes full circle. The fictional land that hopes to educate about a symbiotic relationship between the land and its inhabitants is found within a real-world company that believes and practices the same in economic philosophy.