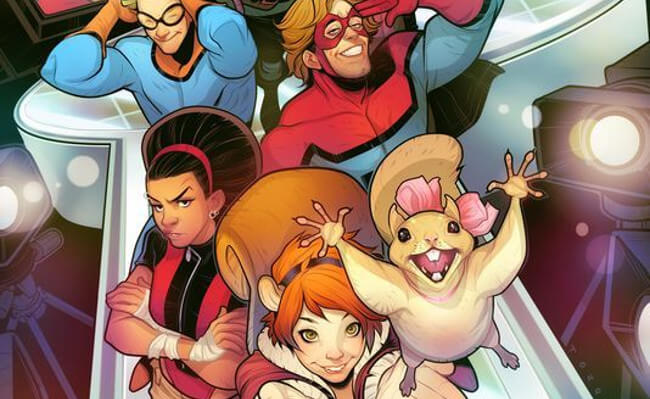 It was previously announced that Marvel was bringing an animated “New Warriors” series featuring Squirrel Girl to Freeform, and now they’ve revealed the five other heroes that are joining her.

Doreen Green (aka Squirrel Girl) has the ability to communicate with squirrels, and her furry sidekick Tippy Toe will be featured on the series as well. The other New Warriors are Deborah Fields (aka Debrii); Robbie Baldwin (aka Speedball); Zack Smith (aka Microbe); Dwayne Taylor (aka Night Thrasher); and Craig Hollis (aka Mister Immortal).

Craig, Dwayne, and Robbie are described as overly confident, though Dwayne doesn’t have any powers of his own. Zack is a hypochondriac, with the ability to talk to germs. Deborah, an out and proud lesbian, is a low-level kinetic. Casting for the roles has not been announced, but it was confirmed that Kevin Biegel (Cougar Town) will be the showrunner. The 10-episode series is set to debut sometime in 2018.