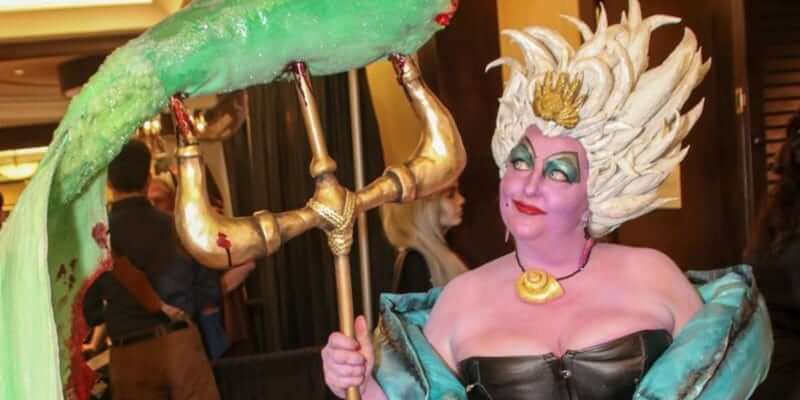 Two times a year, horror descends upon Orlando in a way that is absolutely spectacular. For years, the Spooky Empire convention has put on a show in both the spring and Halloween season. Most interesting to Disney fans, Joan Cusack (“Toy Story,” “Lemony Snicket’s A Series of Unfortunate Events,” “Sixteen Candles”) also attended. In addition to meeting fans and signing autographs, Cusack participated in a Q&A session in which she spoke with fans directly and told them funny anecdotes about her journey as an actress. Among all her tales, she touched on her time with Robin Williams, being babysat by William H. Macy, being the voice of Jessie in “Toy Story” and her odd fascination with Barbie dolls.

Throughout the halls, vendors, tattoo artists and even the Orange County Public Library set up booths to interact, show-off and sometimes educate attendees. And when I say the creativity and skill behind the exhibits is jaw dropping at times, I mean that with ever fiber of my mortal soul. Most things have a gore element incorporated (if it isn’t already entirely swallowed by the horror genre). Prepare to see things like a collection of zombie Disney Princesses or artwork of black cats dressed as iconic movie stars. You will certainly come across comic books and graphic novels that lean to the dark side, and toys tend to be the kind you are afraid will come out of your closet and kill you in your sleep. There are rows of tattoo artists waiting to permanently brand you with any type of scary image you can dream up, and musicians and radio hosts are also in attendance to bring a touch of entertainment to the scene.

Some artists go full out, creating intense pieces that are so realistic they could be used as actual movie props. One of the more notable companies of this nature is Imagemotor Productions, a “prop shop” that replicates some of the most iconic items from the most thrilling shows in history that can be used as home decor. There is always another huge creative element in the Spooky Empire convention: cosplayers. Walking throughout the event every day are any number of attendees wearing all manner of horrific attire. Some of them are more simple in nature, but a great many of them are incredibly complex and the unique handiwork of the attendees themselves.

The climactic end of the convention is wrapped in a costume contest in which contestants vie for the prize of $500. The competition is steep.

Spooky Empire continues to be a loved event for locals and tourists alike with many of the same people returning year after year.

The next big Spooky Empire event will take place this fall on October 27-29 at the Hyatt Regency in Orlando. A new event – Spooky Day in the Parks – will also be held at Walt Disney World this September.