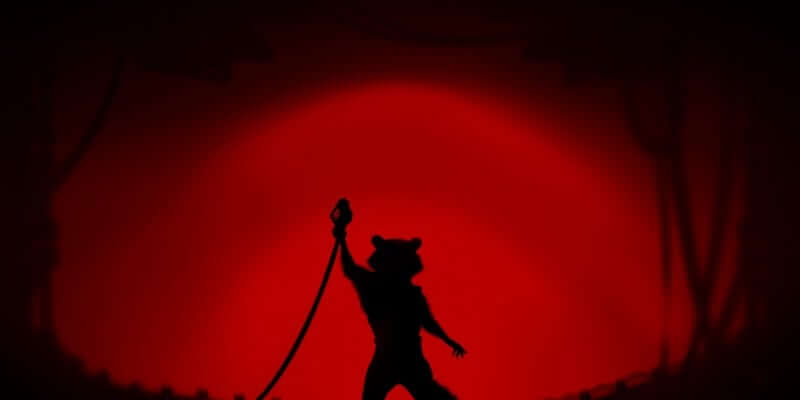 Of course we knew that a fun soundtrack would play a role in any Guardians of the Galaxy ride, but it turns out that the new Mission: BREAKOUT! attraction coming to Disney’s California Adventure on May 27 will use music to give riders six different experiences. Each time guests board the lift to begin the mission to rescue the Guardians of the Galaxy from The Collector’s Gallery, one of six scenarios will play out.

Rocket will hotwire the lift to play one of these hit songs from Star-Lord’s mixtape of 60s, 70s, and early 80s tunes:

In addition to the changing music, each scenario has a different version of the escape with alternate action sequences unfolding before the terrifying 130-foot drop.

The six different scenarios were created after extensive research and testing by Walt Disney Imagineering. One hundred high-energy songs were narrowed down to the final six. “Guardians of the Galaxy” film composer Tyler Bates also wrote music for the Collector’s Fortress lobby and office sequences, as well as the ride’s exit.

Each of the scenarios is randomized, so be prepared to keep riding until you experience all six variations. That seems like a pretty easy mission for adventure-seeking “Guardians” fans.

Comments Off on Guardians of the Galaxy – Mission: BREAKOUT! will offer Disneyland guests six different ways to experience the ride