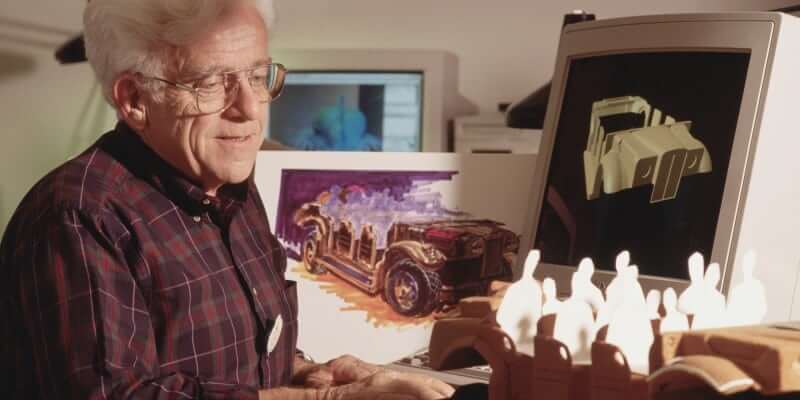 When George McGinnis was a student at the Art Center College of Design in Los Angeles, he created a high-speed train that caught the attention of Walt Disney. He was the last Imagineer to be hired by Disney in 1966, and he passed away this week at the age of 87.

After graduating from college, he was invited to work at WED Enterprises (now known as Walt Disney Imagineering) and went on to design a variety of projects, including Space Mountain at Disneyland and Walt Disney World. He designed miniature models for the Carousel of Progress and contributed to the Peoplemover and monorail designs. McGinnis was also the lead designer for the Horizons Pavilion at Epcot, which opened in 1983, and he designed the jeeps for the Indiana Jones Adventure ride in Disneyland.

After retiring, he continued to take on design projects and worked on the trolley for The Grove in Los Angeles. He wrote a book about his career at Disney titled “From Horizons to Space Mountain: The Life of a Disney Imagineer.” It was published in 2016.

Thank you to George McGinnis for his amazing career and imagination.