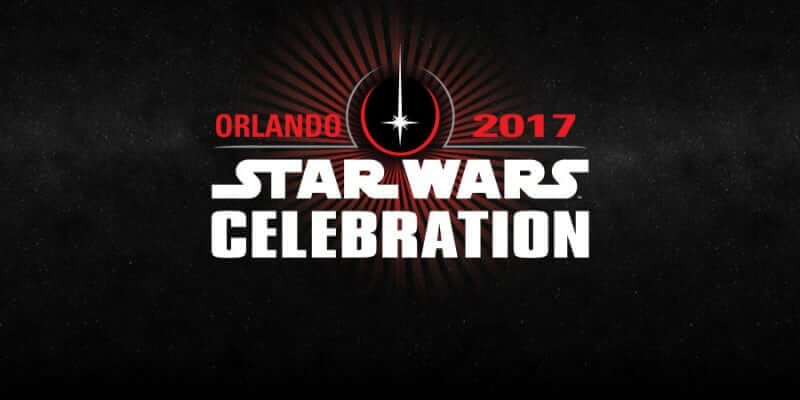 It’s finally here. Star Wars Celebration 2017 starts tomorrow in Orlando, and Inside the Magic will be there. In anticipation of the biggest Star Wars event of the year (other than December’s release of “Episode VIII: The Last Jedi” of course) I’ve put together a list of the five biggest potential news pieces that I’d personally like to see coming out of this weekend. Enjoy, add your own in the comments below, and we’ll see you at Star Wars Celebration!

5 – George Lucas appearance at the Star Wars 40th Anniversary panel – Despite the fact that he’s been “divorced” (his words) from Star Wars for almost five years now, Lucas is the man who started it all and he deserves continued recognition going into the phenomenon’s fifth decade. The first big panel on Thursday morning will corral talent from throughout every era of Star Wars to pay tribute to this May’s momentous 40th anniversary, and George Lucas should be there. I have to assume Disney invited him to participate, but will he show up? You can bet on a lengthy, rousing standing ovation if he does. 4 – Announcement of Luke Skywalker / Ben Solo fill-in novels set between Episodes VI and VII – Now that we know, for the most part, what Han Solo and Princess Leia were up to during the time between “Return of the Jedi” and “The Force Awakens” (via new-canon Star Wars novels like the “Aftermath” trilogy and “Bloodline”), it’s about time fans learn what Luke was off doing, both before and after the birth of Ben Solo– later known as Kylo Ren. Obviously they’re saving some big reveals for “The Last Jedi,” but once that’s out of the way, Del Rey Books can start filling in the Skywalker gaps.

3 – Return of Lando Calrissian reveal for “The Last Jedi” – Actor Billy Dee Williams is set to appear in his own interview panel on Thursday afternoon, and a perfect way to have him take center stage would be with the disclosure that his most famous role– gambler and entrepreneur Lando Calrissian will be back in Episode VIII. Billy Dee has made it clear that he’s still willing to reprise the part, and with Han Solo out of the picture there’s a scoundrel-shaped hole in Star Wars that the ol’ smoothie himself would fit into perfectly. I could see Lando bonding with Finn and Poe Dameron pretty well.

2 – Official confirmation of Obi-Wan Kenobi spinoff movie – I’m no fan of the Star Wars prequels, but Disney’s recent successful relaunch of the franchise has done a great deal to heal the psychic wounds inflicted by Episodes I-III. And what better way to finally put the prequels behind us than to give Ewan McGregor’s Obi-Wan Kenobi a proper send-off? The actor’s likability was undeniably one of the saving graces of those films, and a quality Obi-Wan solo venture set during the years he spent in seclusion on Tatooine seems like a no-brainer. The possibility has been rumored for a while, so let’s hope Lucasfilm makes it official this week. 1 – Announcement of the original cuts of the original trilogy on Blu-ray – This is it: the holy grail of Star Wars collecting. It’s kind of astounding to think that the versions of “Star Wars,” “The Empire Strikes Back,” and “Return of the Jedi” we grew up with were never given a proper release on DVD (those non-anamorphic laserdisc-transfer bonus features don’t quite count) so the 40th anniversary is the time for Disney to make that right. I understand they’d have to acquire the distribution rights to the first movie from 20th Century FOX, but I feel that that’s a hurdle that can be cleared by one of the biggest entertainment conglomerates in the world. High definition, color-corrected, unaltered. Make it happen, Mickey. I’ll love you for it. Star Wars Celebration 2017 will take place tomorrow, April 13th, through Sunday, April 16th at the Orange County Convention Center in Orlando, Florida. Be sure to visit the event’s official website for more information and ticketing resources.