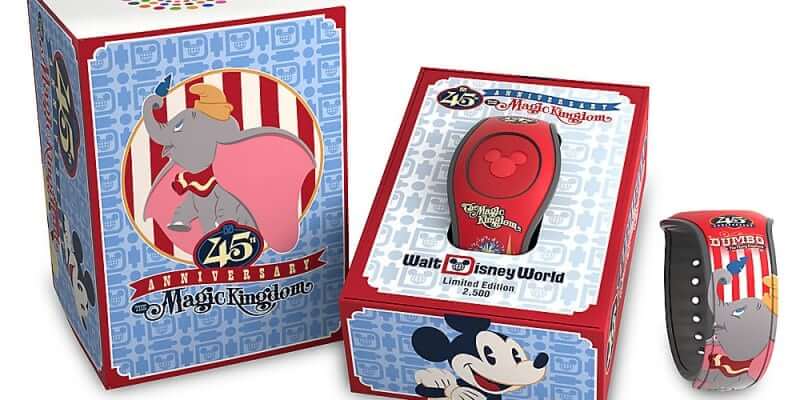 The 45th Anniversary celebration of Walt Disney World’s Magic Kingdom park began last October, but it’s continuing throughout the year with new merchandise targeted at fans who want to keep the festivities alive with the help of classic Disney characters. The Magic Kingdom 45th Anniversary Dumbo, the Flying Elephant MagicBand is available now from the Disney Store and at Walt Disney World.