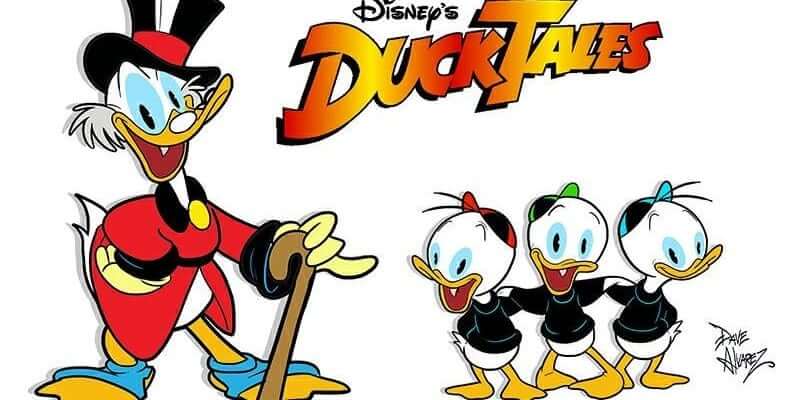 The new DuckTales TV series on Disney XD is set to roll out this summer with its new look and voice cast, but today we get a look at the DuckTales reboot that “might have been.” Dave Alvarez, an artist who worked on the project in its earliest stages, posted a few photos on his Facebook page today of some of the artwork he had submitted to Disney for the series. This look, however, was passed over for the designs you have seen in the DuckTales trailer and promotional images that were recently released. Alvarez explained via his post that his art submission was more of a suggestion to Disney than anything else and that he thinks the style Disney ultimately decided on “looks awesome.” He’s glad, though, to see that in the end Scrooge kept the red blazer. Alvarez suggests that a change in staffing for the DuckTales project may be the reason for the direction Disney took. He stated, “The non-use of this design relies more in the fact that these were done for a previous staff. The project was then transferred to another crew. If they saw these is beyond my knowledge.” The news of a DuckTales reboot has been well received on a large scale. Nostalgic fans from older generations have come alongside an entire generation of new viewers to praise Disney’s decision to bring the series back. In fact, the news was received so well, that Disney has approved a second season before the first has aired. A specific date for the series to air has not been announced as of yet. It is just known that it will be some time this summer.