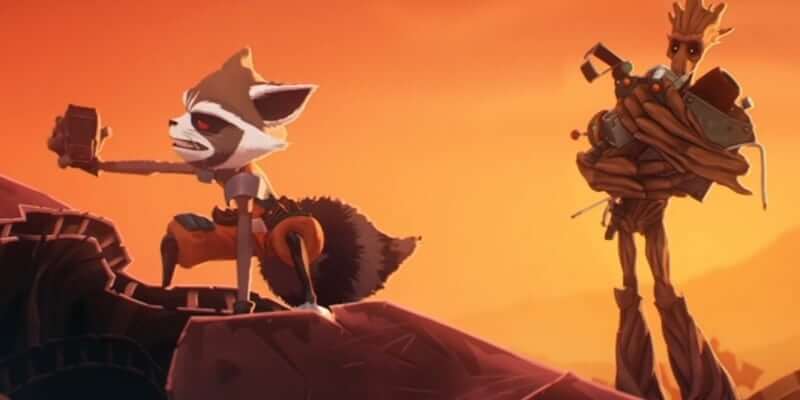 One is a two-foot-tall anthropomorphic, foul-mouthed, and hyper-violent raccoon. The other is… well, he is Groot. And together these two stars of Marvels “Guardians of the Galaxy” franchise are teaming up for a new animated web series from Disney XD.

The first episode of a this fresh and family-friendly official Marvel miniseries premiered this past weekend on YouTube, and it’s full of the type of action and humor you would expect from “Guardians of the Galaxy”.

Marvel’s “Rocket & Groot” boasts a very different, 3D-rendered look from its ongoing 2D-styled television counterpart cartoon series “Guardians of the Galaxy”, though it does retain two of its cast members: voice actors Trevor Devall and Kevin Michael Richardson both return as Rocket Raccoon and Groot, respectively.

New episodes will appear on Disney XD’s official YouTube page periodically and then on April 10th, fans can watch all twelve episodes of “Rocket & Groot” cut together into one seamless experience on Disney XD.

Comments Off on VIDEO: New “Rocket & Groot” web series premieres from Marvel’s “Guardians of the Galaxy” and Disney XD