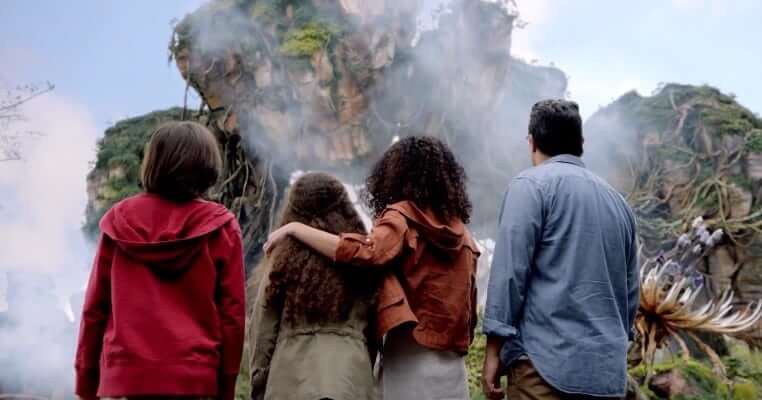 We’re still more than two months away from the official opening of Pandora – The World of Avatar, but today we are bringing you another inside look at this expansion of Disney’s Animal Kingdom.

Through the videos below, we take you on a walk underneath Pandora’s floating mountains and through Valley of Mo’ara as well as on an abridged ride on the Na’vi River Journey.

While these videos don’t show off nearly all the details that will be featured in this “Avatar” themed land (Disney has plenty of surprises they don’t want to reveal just yet), they do give a closer-than-ever look at what it will be like to finally enter the expansion when it opens at Walt Disney World on May 27th.

Disney recently gave the world another look at Pandora – The World of Avatar, including the Flight of Passage ride, across several ABC TV shows.

Comments Off on VIDEO: Inside Pandora – The World of Avatar, from the floating mountains to the Na’vi River Journey at Walt Disney World