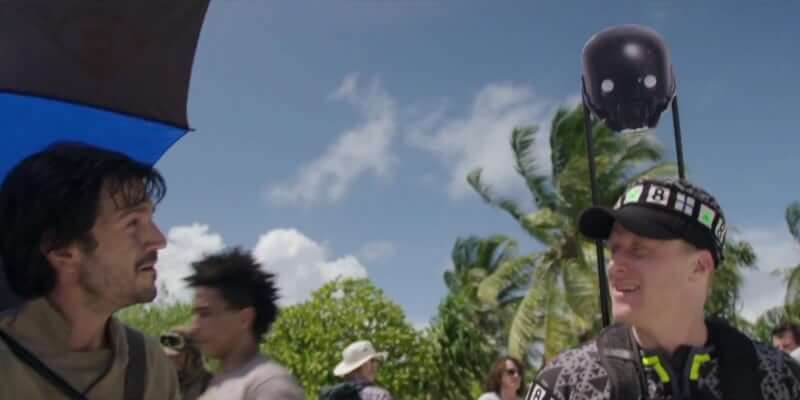 “Rogue One: A Star Wars Story” is arriving on home video in the coming weeks, and Lucasfilm has begun releasing previews of some of the interesting bonus features to be included with the discs and digital downloads of the first Star Wars standalone spinoff movie.

Yesterday  USA Today revealed teasers for two of the featurettes that will accompany the release: the first examines the process by which visual effects team Industrial Light and Magic brought the ex-Imperial droid K-2SO to life with the help of actor Alan Tudyk, while the second explores some of the connections that “Rogue One” shares with other installments in the Star Wars saga.

“Rogue One: A Star Wars” Story will be released on Digital HD and Disney Movies Anywhere on Friday, March 24th, and will arrive on Blu-ray and DVD about a week and a half later on Tuesday, April 4th.