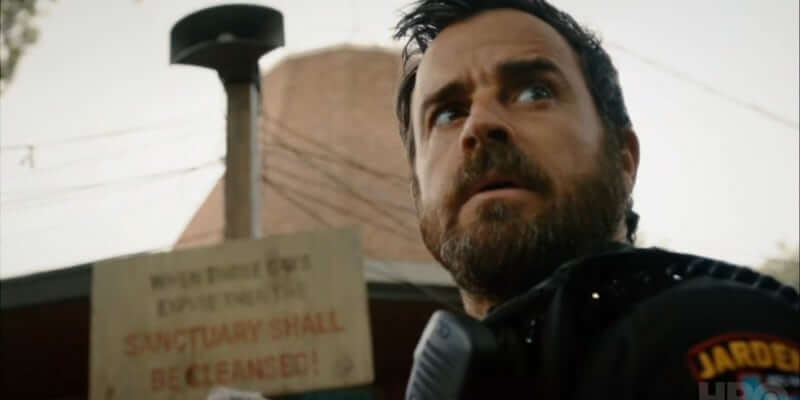 Television showrunner and screenwriter Damon Lindelof has taken a lot of flak over the past decade or so of his career, for what many viewers have perceived as a pattern of asking more questions than giving answers in works like “Lost”, “Prometheus”, and Disney’s “Tomorrowland”. But even his harshest critics should consider giving him another chance with the paranormal drama “The Leftovers”, which is about to enter its third and final season on HBO.

Today HBO released the official final trailer for “The Leftovers” swan song, and this season promises to deliver more of the quasi-religious, gloriously existential story about the survivors of the so-called Sudden Departure, a global event in which 2% of the world’s population instantaneously disappeared.

“The Leftovers” has taken an outside-the-box approach to mystery storytelling, cutting off Lindelof’s detractors at the pass by setting a mission statement that the show may or may not even attempt to resolve any of the series-spanning conundrums. It’s a captivating and poignant tale of loss, grief, and the universal search for meaning.

Comments Off on VIDEO: The end is nigh for HBO’s “The Leftovers” from creator Damon Lindelof of “Lost” and “Tomorrowland”