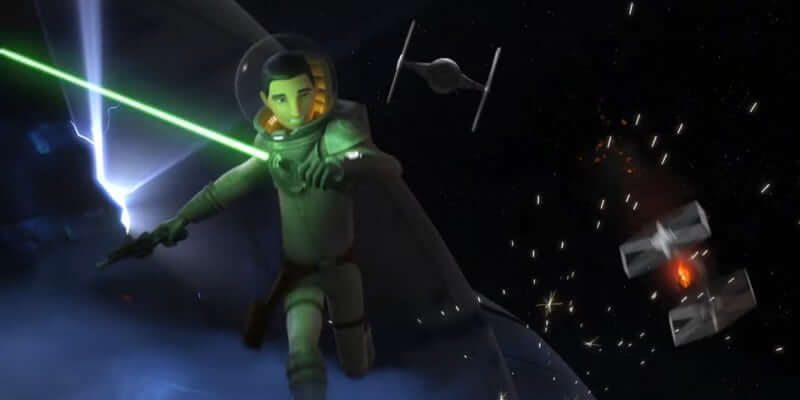 It’s the other moment this season of “Star Wars Rebels” has been building toward: the climactic Battle of Lothal, the home planet of Jedi Padawan Ezra Bridger and the site of a vergence in the Force upon which an ancient Jedi temple was built.

In the “Star Wars Rebels” hour-long third season finale, entitled “Zero Hour”, the Imperial fleet commanded by Grand Admiral Thrawn will take on the Rebel forces in an all-out conflict in the space above Lothal, and on the ground below. It looks as though Ezra even recruits Mandalorian defector Sabine Wren into returning to help the group overcome the Empire.

“Zero Hour” will air this Saturday night at 8:00 PM on Disney XD.