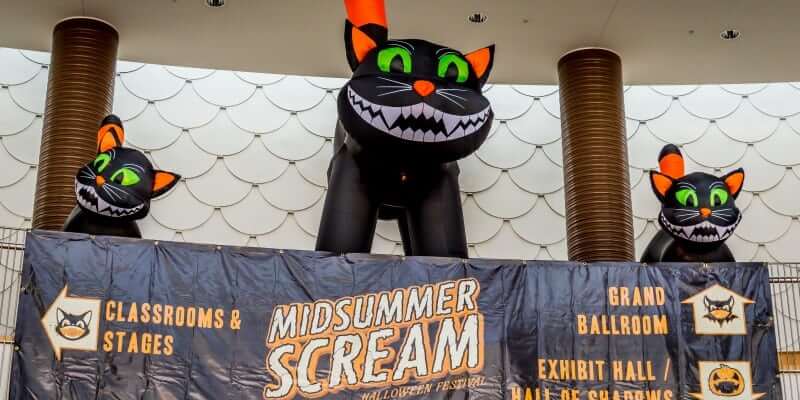 Attention, Southern California Halloween fans: last summer’s inaugural Midsummer Scream Halloween event in Long Beach was the place to be for haunt enthusiasts of all stripes, and this year it’s coming back for a second helping of scares! As if that weren’t enough, attendees can also participate in educational hands-on horror workshops, a Frightful Film Fest, and even adopt a black or orange kitten courtesy of Kitten Rescue Los Angeles. It’s everything a Halloween fan could dream of in the dead of summer. Tickets for Midsummer Scream 2017 are on sale now at MidsummerScream.org. You don’t want to miss it!