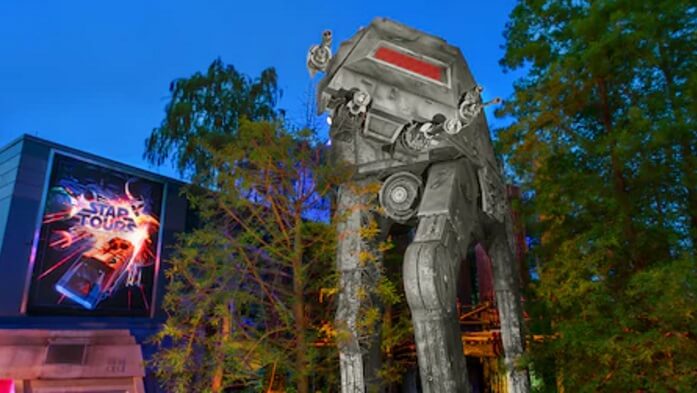 Back in January Walt Disney World announced a new after-hours Star Wars event at Disney’s Hollywood Studios park called Star Wars Galactic Nights, which will take place on April 14th from 7:00 PM to midnight (not coincidentally during the same weekend at Star Wars Celebration in Orlando).

Today Disney revealed more details about the nighttime fesitivities, including the news that it will include “Inside the Saga: Celebrity Chat Show”, hosted by voice actress Vanessa Marshall (Hera from “Star Wars Rebels”). The show will take guests behind the scenes of the Star Wars saga and will occur several times throughout the evening in the Epic Theater, home of the Indiana Jones Epic Stunt Spectacular.

Also happening just before the event will be the “Inside the Saga” Galactic Nights pre-show, to be hosted by “Star Wars Show” regulars Andi Gutierrez and Anthony Carboni.

Then Hollywood Studios will play home to the “Seize the Saga” Interactive Scavenger Hunt, wherein guests will hunt for Star Wars backdrops, pose for photos, and ultimately be rewarded with a one-of-a-kind keepsake built from eight separate parts representing each of the existing Star Wars films.

Overall, Star Wars Galactic nights sure seems to be shaping up as a can’t miss-event for theme-park-loving Star Wars fans while they’re in Orlando for Celebration 2017.