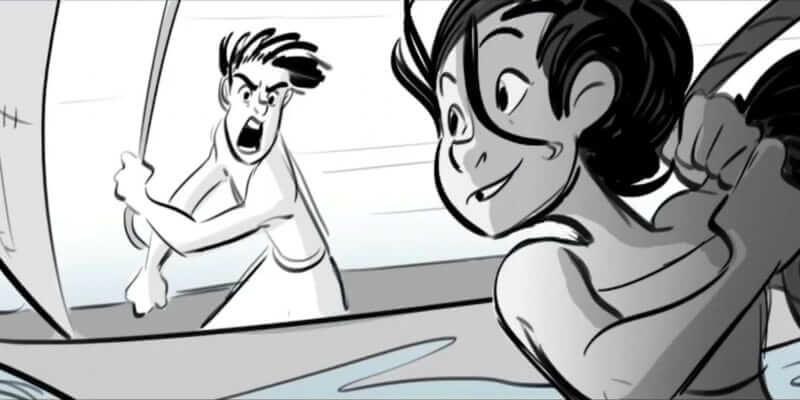 With the home video release of Disney Animation Studios’ latest hit “Moana” coming up very soon, the company has been giving fans previews of what they can expect in the bonus features.

Today via an exclusive story on Yahoo, Disney put out another “Moana” deleted scene, this time focused on the title character’s competitive relationship with her six olders brothers– brothers that didn’t quite make the final cut of the movie (by the time of the theatrical release, Moana was an only child). Take a look at an early sailing race that pits sibling against sibling in the video below.