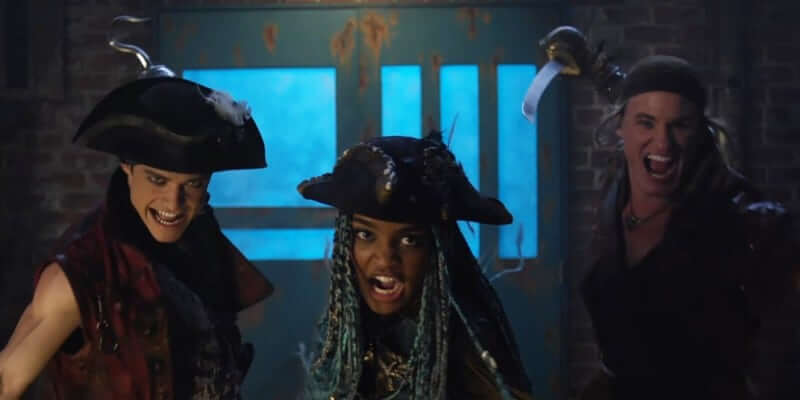 The buzz is building about “Descendants 2”, the sequel to the popular Disney Channel original movie from 2015.

Today Disney released a new promo showcasing some of the new characters who will appear alongside returning “Descendants” favorites like Mal, Carlos, Jay, Evie, and Ben: here’s your first good look at Uma (daughter of Ursula from “The Little Mermaid”), Harry Hook (“Peter Pan” villain Captain Hook’s son) and Gil (son of Gaston from “Beauty and the Beast”).

“Descendants 2” will air on the Disney Channel later this year.

Comments Off on VIDEO: “Descendants 2” shows off its new villainous offspring characters