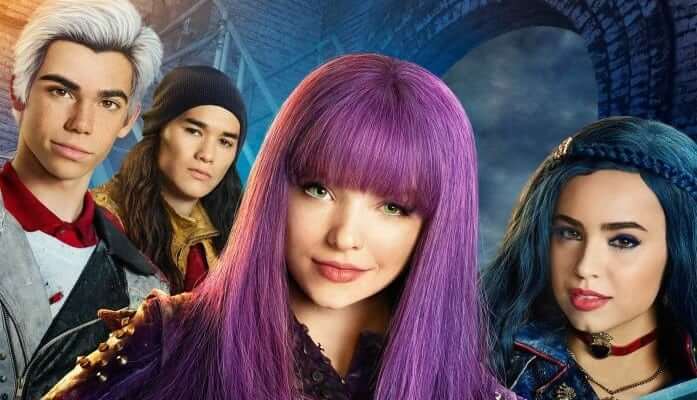 ITM was on the scene almost a year and a half ago when Disney Channel first announced the sequel to its smash-hit original movie “Descendants”, which tells the musical story of the young daughters and sons on some of Disney’s most notorious villains.

Today the Oh My Disney website got an exclusive look at the very first teaser trailer for the upcoming follow-up, featuring all of the fan-favorite characters from the original– including Mal (played by Dove Cameron), Evie (Sofie Carson), Jay (Booboo Stewart), Carlos (Cameron Boyce), and King Ben (Mitchell Hope). The teaser also gives us a glimpse of new character Uma, the daughter of Ursula, brought to life by actress China Anne McClain.

Over at the official “Descendants” Twitter feed, Disney was nice enough to debut an all-new poster for “Descendants 2” as well.

“Descendants 2” will air on Disney Channel this summer. How excited are you? Let us know in the comments below!