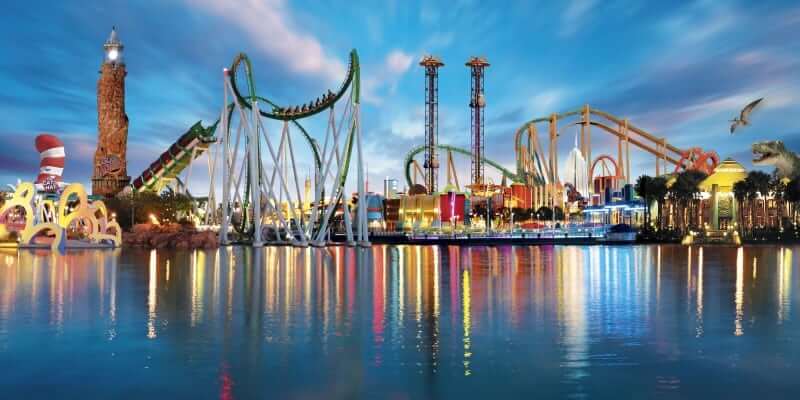 As is tradition, Universal Orlando has raised ticket prices for their parks less than a week after Disney Parks raised theirs.

A one-day, one-park ticket for Universal now costs $110. This is up $5 from the previous price tag of $105. A one-day, park-to-park ticket for Universal went up $10, and now sells at $165. These prices only reflect the current season, but as we know, Universal reorganized their ticketing system and gave it a tiered structure last year. This means that during peak season, the cost of these tickets will be raised even though there are no additional benefits added to the ticket. Therefore, peak season’s pricing will be $124 for a one-day, one-park ticket and $179 for a one-day, park-to-park ticket during peak season.

One might assume these prices reflect the upcoming addition of Volcano Bay to the inventory of Universal Parks; however, that does not appear to be the case–at least not in the sense that the tickets include admission to the third gate. As of this moment, admission Volcano Bay can only be purchased as part of a three-day ticket, and those tickets start at around $220.

Annual Passes for Universal Orlando have not been touched as of yet, but it is probably safe to say that it is just a matter of time with the opening of Volcano Bay just around the corner. Speculation is that new tiering will appear for Passholders, offering a higher priced pass for those that want Volcano Bay access included. It is expected that current Annual Passholders will not see an automatic inclusion of Volcano Bay to the passes they already hold. Most likely, an upgrade of the pass will be required to gain access to the water park.

With the rising prices of tickets, discounts become increasingly important. Those can be acquired by purchasing tickets online and purchasing multi-day tickets. If you happen to be a Florida resident, that doesn’t hurt either. Check here for a run-down of what is available.