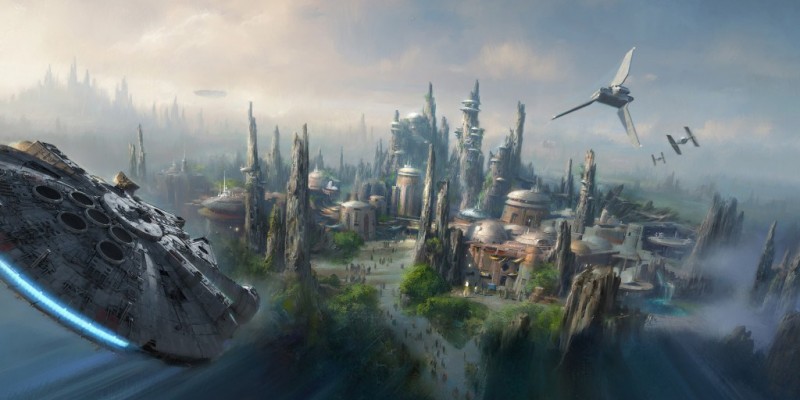 In a quarterly conference call to Disney shareholders today, the company’s Chief Executive Officer Bob Iger revealed a long-sought-after bit of information about Disney Parks’ most anticipated large-scale expansions in years: the upcoming Star Wars lands at both Disneyland Resort in Southern California and Walt Disney World in Florida.

According to an announcement on D23 and the call with Mr. Iger, fans will have to wait until sometime in 2019 to visit the 14-acre Star Wars-themed areas, which are currently under construction in the parks on both coasts. According to a post on the Disney Parks Blog:

Our new Star Wars-themed lands at Disneyland park and Disney’s Hollywood Studios will be opening in 2019! Disney Chairman and CEO Bob Iger just made the announcement many of you have been so anxious to hear during today’s Walt Disney Company Q1 FY17 Earnings call.

The Star Wars expansions were first announced back in August of 2015 at the D23 Expo in Anaheim.