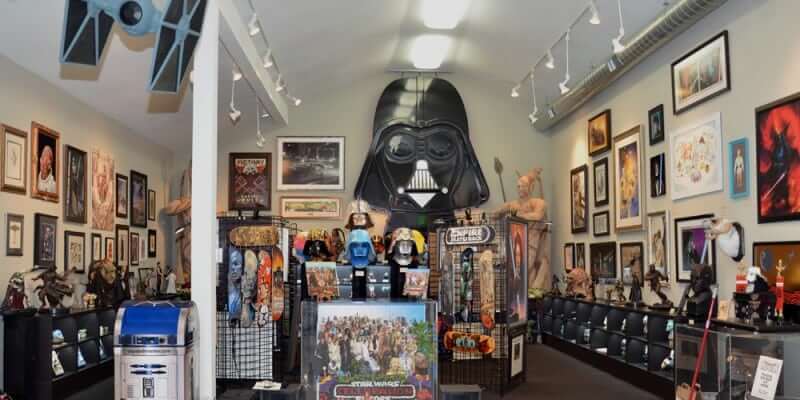 The 900-square-foot Rancho exhibit will showcase memorabilia from three previous Star Wars anniversaries: the 10th, which was marked by the first official Star Wars convention in Los Angeles; the 20th, which brought the original trilogy back to movie theaters in an extraordinarily successful return; and the 30th, which celebrated the anniversary with the Star Wars Spectacular on January 1, 2007 at the Tournament of Roses Parade in Pasadena, California.

Rancho Obi-Wan is housed in Northern California, and has been recognized by the Guinness Book of World Records as the world’s largest Star Wars collection.

Star Wars Celebration 2017 takes place April 13th through the 16th at the Orange County Convention Center in Orlando, Florida. Be sure to visit the event’s official website for more information and advance ticketing resources.

Comments Off on Rancho Obi-Wan, the biggest Star Wars memorabilia collection in the world, will have a booth at Celebration Orlando