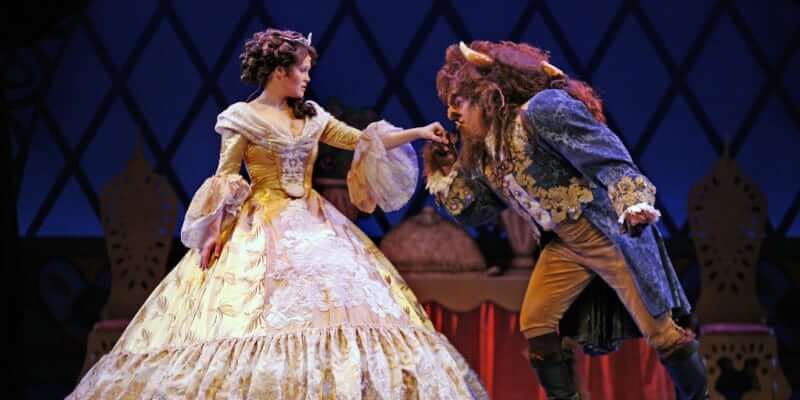 On the heels of this past November’s premiere of “Frozen, A Musical Spectacular” aboard the Disney Wonder, the Disney Cruise Line has just announced another all-new stage musical coming to one of its ships this fall.

“Beauty and the Beast” will become the next Disney animated classic (and new live-action reimagining) to get the Disney Cruise Line treatment, “featuring a style of theater that interlaces classic storytelling elementes with cutting-edge technology, to create a unique, theatrical experience in te 1,340-seat Walt Disney Theatre” on the Disney Dream.

As revealed by Disney in today’s press release:

Audiences will once again fall in love with the enchanting fairytale as they embark on a sweeping journey to discover the power of transformation through true love and courage. This new production of “Beauty and the Beast” celebrates the romance, adventure and magic of the live-action film, weaving in the charm and nostalgia of the award-winning animated feature.

Two songs from the live-action film have been added to the musical production. “How does a moment last forever” and “Days in the Sun,” written by composer Alan Menken and lyricist Tim Rice now complete the score of the show that will be onboard. Also, the characters from the film will be re-imagined on stage through a combination of puppetry and costuming.

The new “Beauty and the Beast” stage musical is set to debut aboard the Disney Dream this November. Be sure to visit the Disney Cruise Line’s official website for more information and booking resources.