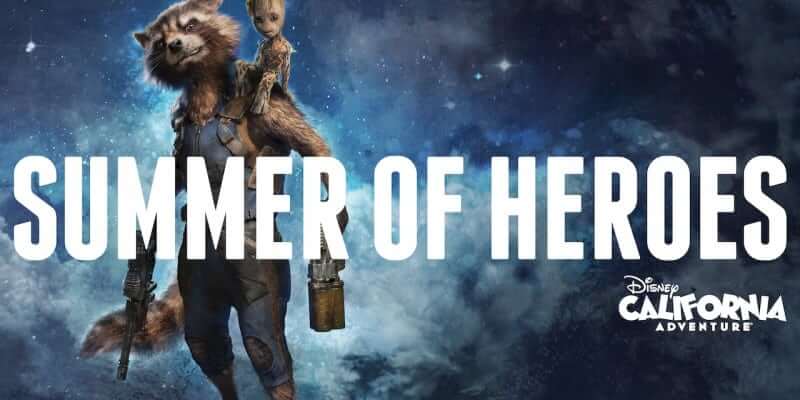 It’s going to be a “Summer of Heroes” this year at Disney California Adventure, with the Disneyland Resort having just announced the opening date of its Guardians of the Galaxy – Mission: BREAKOUT attraction, plus all-new Marvel superhero-themed experiences at the Happiest Place on Earth.

The Guardians ride will open May 27th, just a few weeks after Marvel’s “Guardians of the Galaxy Vol. 2” movie hits theaters.

As if that weren’t enough, now Guardians fans will be able to meet and greet with Groot himself!

In addition to the main Guardians of the Galaxy attraction, Disneyland will be offering a number of new draws for Marvel enthusiasts, including the year-round Guardians of the Galaxy: Awesome Dance-Off! and Super Hero Encounters, where fans can interact and have their photo taken with Groot and the already-present Spider-Man and Captain America.

And for a limited time during the Summer of Heroes, guests can participate in the Avengers Training Initiative with Black Widow and Hawkeye, have a heroic encounter with Black Widow herself, and enjoy special themed superhero food and merchandise.

Be sure to visit the Disney Parks Blog for more information and the official Disneyland website for advance ticket sales.