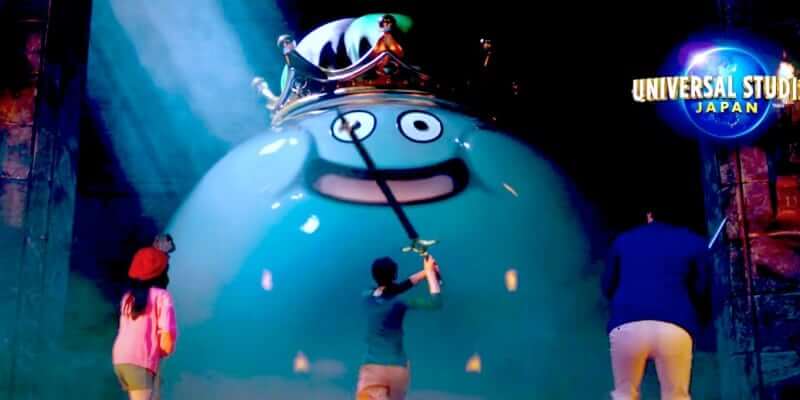 The new experience comes on the heels of the park’s successful Biohazard: The Real, which enabled guests to shoot zombies in real life, a la the Biohazard / Resident Evil video game franchise. Now it’s Dragon Quest that’s getting the theme park treatment.

Through September 3, 2017, guests will be able to choose a role, such as “warrior” or “magician”, and work together while wielding real (as in, not virtual) weapons to cast spells and defeat monsters. And in true RPG fashion, guests will level up by gaining experience points and gain more abilities to take on bigger baddies. Naturally, there will be plenty of wacky merchandise and food opportunities available, mostly featuring the fan favorite Blue Slime, including hats, figures, cookies, and popcorn buckets. Each of Universal Studios Japan’s limited time attractions in recent years have become so popular that they’ve required timed-ticket entry and Dragon Quest: The Real will be no different. Guests will also have an opportunity to purchase express passes to get in more easily when it all debuts in March.

Find out more information (largely in Japanese) on their official site.

Comments Off on ‘Dragon Quest: The Real’ attraction to bring popular video game series to life at Universal Studios Japan ahead of Nintendo expansion