Disney Creates Wireless Power Source, Able to Charge a Mobile Phone Anywhere in a Room - Inside the Magic

Disney Research has recently revealed research into tech that could power a mobile phone as soon as it enters a room.

They call it “Quasistatic Cavity Resonance for Ubiquitous Wireless Power Transfer,” which is a long way of saying we are on our way to cutting our need for power cords.

With a properly designed room containing “purpose-built structures” made of aluminum along with a copper pipe in the center of the room circled by capacitors, around 1900 watts of free-flowing power can be disseminated into the air without the risk of harming people within – as long as you keep a distance of at least 46cm away from that center pole. These restrictions are temporary, as the future of this technology may simply require “conductive paint” or “modular panels,” the research suggests. 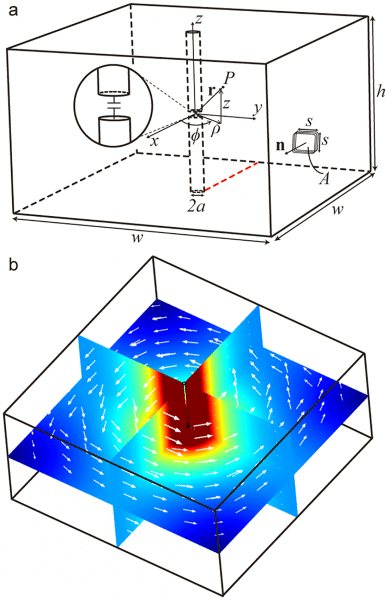 While their system is far from commercial ready, it’s no less impressive and as they develop it further in the coming years, it’s not hard to believe that Disney could (eventually) equip their theme parks with wireless power zones, allowing guests to charge their electronic devices by simply entering the space. If entire attraction queues were flooded with wireless power, guests would never have to worry about draining their batteries by killing time with their devices while waiting. Likewise, one could imagine Disney’s parks one day being populated by free-roaming Audio-Animatronics figures, able to run throughout the day via wireless power sources.