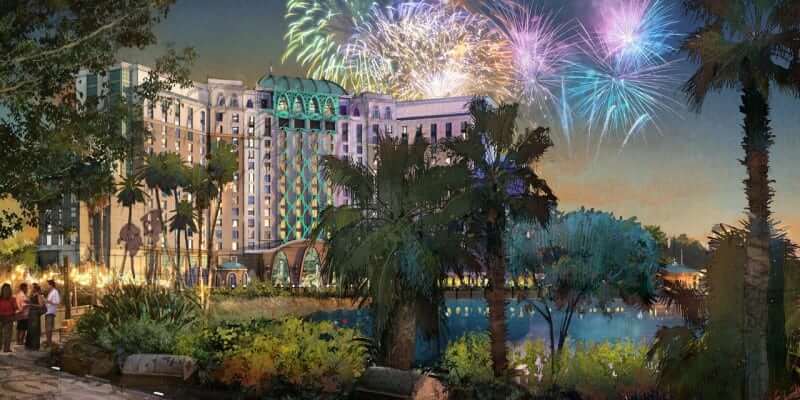 According to an announcement in the Disney Parks Blog, Disney’s Coronado Springs Resort is adding a new tower with 500 rooms, and will also refurbish its existing rooms and “transform its landscape with floating gardens and an island oasis that connects the resort through a series of bridges.”

In addition, the new fifteen-story tower– overlooking the centerpiece lake Lago Dorado– will offer rooftop dining and panoramic views of fireworks from the Disney theme parks.

At the same time, Disney’s Caribbean Beach Resort will be expanding with new waterfront dining and retail shopping areas in its Centertown marketplace.

No word on when exactly these expansions will be completed, but be sure to visit the official websites for both hotels for more information.