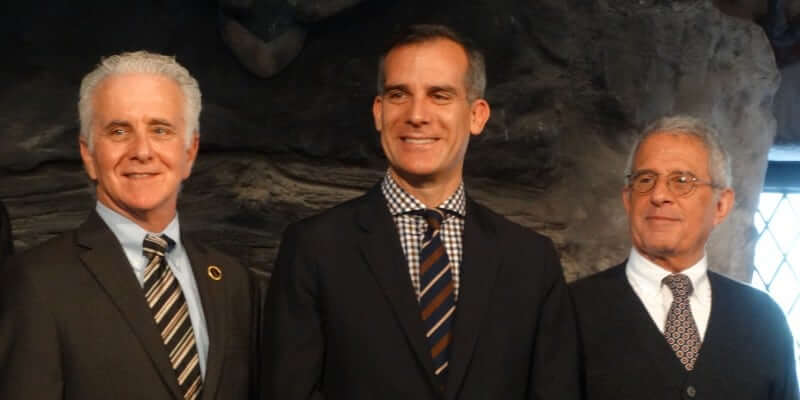 “This is L.A.’s moment,” Mayor Garcetti noted. “Los Angeles is welcoming more visitors to our city than ever before, and we are experiencing the kind of job growth that we haven’t seen in a generation. We’re working hard to keep up the momentum,” he added, “And here’s the best part: there’s even more opportunity on the horizon, and an even bigger role for L.A. to play on the world stage.”

Of course, the mayor also cited Universal’s recent expansions and park upgrades as a major contributing factor to the city’s spike in tourism. The west coast Wizarding World opened last spring to a very warm reception and elevated attendance numbers for the park, culminating in the very first time Universal Studios Hollywood has ever had to close its doors because it hit maximum capacity on a regular operating day, which happened over this past holiday season.

Garcetti also commented on yesterday’s exciting news about the Lucas Museum of Narrative Art making its way to Los Angeles. It certainly is an exciting time for the tourism business in Southern California.