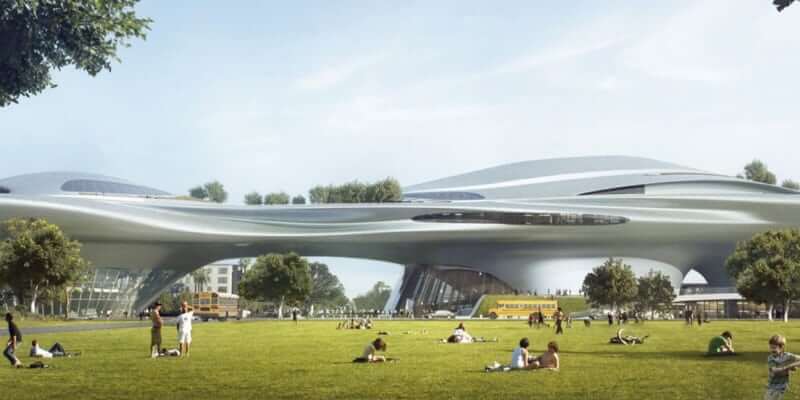 It’s been a long time coming, but George Lucas’s highly-anticipated museum dedicated to “visual art that tells a story” finally has a home.

The Lucas Museum of Narrative Art announced on Tuesday that it will construct its very futuristic-looking campus in Exposition Park near South Central Los Angeles, across the street from the University of Southern California and adjacent to the Natural History Museum of Los Angeles County, the California Science Center, the California African American Museum, and the Los Angeles Memorial Coliseum.

The forthcoming museum’s official website describes itself as “the first museum of its kind, with an unprecedented collection that features fine art and popular art from illustration to comics, an insider’s perspective on the cinematic creative process and the boundless potential of the digital medium.”

It goes on to present its mission statement as follows:

The Lucas Museum will be a barrier free museum where artificial divisions between “high” art and “popular” art are absent, allowing you to explore a wide array of compelling visual storytelling. Visitors who might be less inclined to visit a traditional fine art museum will be invited to engage with and relate to art forms they recognize and love. Los Angeles was chosen as the home for the Lucas Museum of Narrative Art after an extended battle of bids and pitches between the famously entertainment-industry-driven city and San Francisco, the northern California home of Lucasfilm’s main headquarters.

No target opening date has yet been announced.