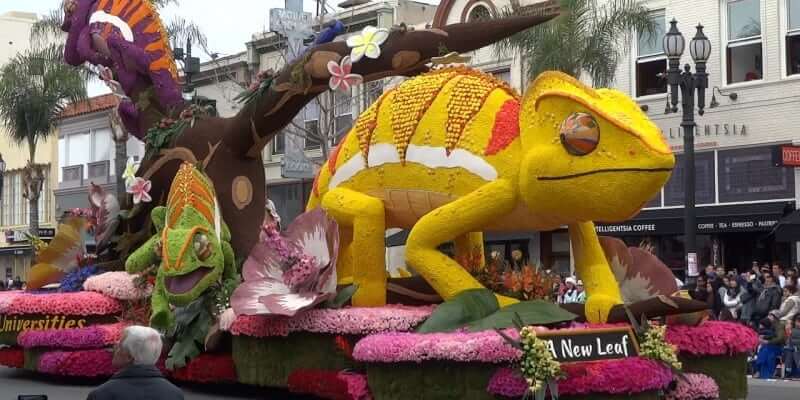 For over a hundred and twenty-five years, the Rose Parade (sometimes known as the Tournament of Roses Parade) has been held in Pasadena, California on New Year’s Day– or on January 2nd if the holiday falls on Sunday, as was the case this year.

Although the Walt Disney Company did not have a presence in this year’s parade like it did in 2016, the event was still filled to the brim with dozens of eye-poppingly amazing floats, each covered with flowers and other organic materials over every square inch. Take a look:

Among the parade’s many highlights was a float assembled by the AIDS Healthcare Foundation in honor of the victims of Orlando’s Pulse Nightclub shooting last June. Survivors of the tragedy rode on the float in support of the effort to promote AIDS awareness and battle homophobia.

The next Rose Parade will be held on January 1st, 2018 in Pasadena. Be sure to visit the official Tournament of Roses website for more information.