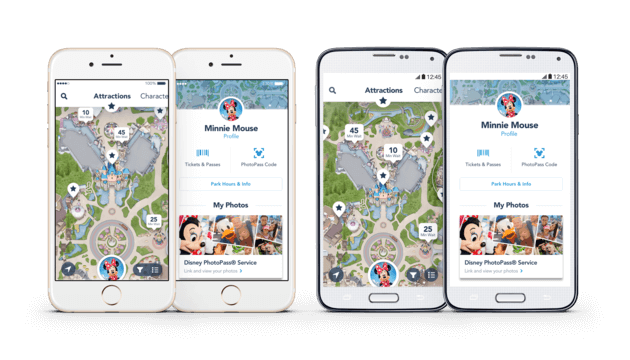 Last week Disney made a huge announcement about a new digital FASTPASS system that would be launching at the Disneyland Resort–the MaxPass. For the first time in Disneyland Resort’s history, guests will be able to book FASTPASSES electronically through their phones. Though, there is one caveat to MaxPass–the service has to be purchased. Naturally, Disney guests had tons of questions when MaxPass was announced, and we decided to answer the top 10 questions about Disneyland Resort’s MaxPass for those that need more information. 3. Would it be $10 per person or can 1 person in the party purchase it and make FASTPASS reservations for the other people traveling with them?

4. Can MaxPass be purchased only through the Disneyland app or can you purchase online before your visit?

5. If you opt not to purchase MaxPass, can a guest still purchase PhotoPass+ online prior to his/her visit or at the parks in the photo shops?

6. Will you be able to make more than one FASTPASS at a time like at Walt Disney World?

7. Would MaxPass work like FASTPASS does over at Walt Disney World where some FASTPASSES can be booked in advance, or do you need to be physically in the parks the day of in order to book a FASTPASS?

8. Will some FASTPASSES still be offered for free?

9. When will MaxPass launch?

10. How will this work for Disneyland Annual Passholders?