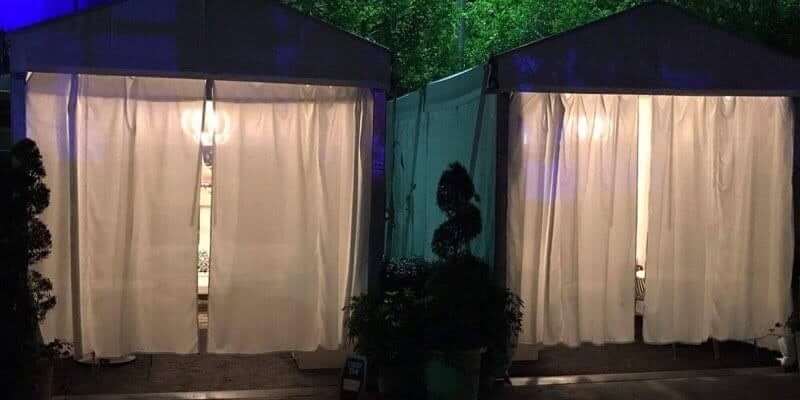 Oftentimes when a Disney announces a change to one of their parks, it is met with at least some resistance from longtime fans. This change, however, is likely to be welcomed with open arms.

The private cabana rental service– which placed large white tents in the heart of Tomorrowland at Walt Disney World’s Magic Kingdom park– is finally coming to an end about one month from now. The experiment started back in November as a test to begin introducing more paid add-ons for the resort’s wealthier guests, but many regulars found the cabanas to be eyesores at best (and a crass way to taint the futuristic themed area’s otherwise-immersive environment at worst).

When they were first introduced, the cabanas cost $700 to rent per party, per day. The price was later reduced to $500 as a “seasonal change”. Inside the tents were refreshments, supplies, and simply a way for families with a bit more disposable income to escape the heat and crowds.

The cabana rental service at Magic Kingdom will cease to be after February 17th.