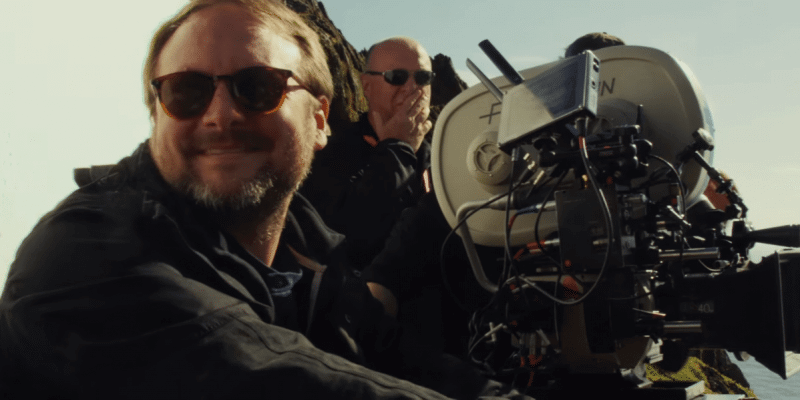 I’ve been saying it since the day I saw “Looper”, Rian Johnson’s time-travel thriller from 2o12: the man would make a great Star Wars movie. And we’re finally getting pretty close to finding out whether I was right.

This December, “Star Wars: The Last Jedi” will arrive in theaters worldwide under Johnson’s capable guidance, and I have to admit I have my fingers crossed that it’s going to be the best of all the new Disney-produced Star Wars movies.

Today Johnson Instagrammed a new photo from the film’s edit bay, where its newly-announced designation can be seen advancing up the screen in Episode VIII’s inevitable title crawl.

Now that we’re finally, gradually starting to get more details about “Star Wars: The Last Jedi” (sure to hit a fever pitch at this April’s Star Wars Celebration in Orlando) the countdown to December 15th has officially begun.

Comments Off on PHOTO: “Star Wars: The Last Jedi” director Rian Johnson shares an Instagram from the movie’s post-production