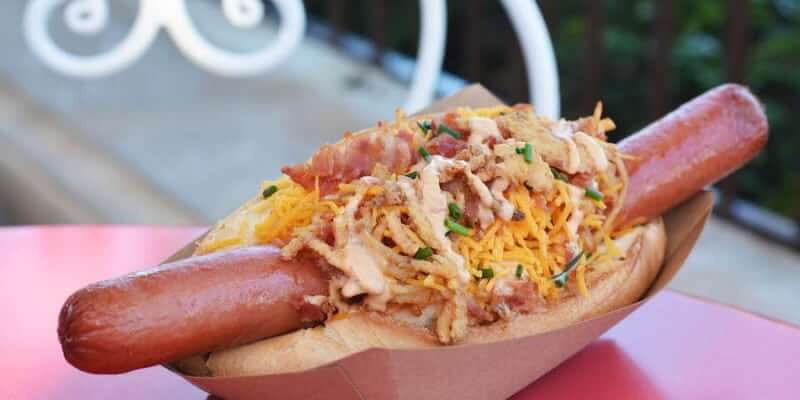 Recently, the Magic Kingdom changed its opening procedures by allowing guests to explore Main Street USA earlier than the rest of the park. It also debuted an entirely new welcome show on the castle stage.

Now it looks as if the show will not be the only thing to debut in the mornings. Disney just announced that in the coming weeks a few new breakfast items will also be featuring front and center.

Casey’s Corner and the Plaza Ice Cream Parlor on Main Street USA as well as Sleepy Hollow in Liberty Square are the eateries selected as home for the offerings. And while all of the foods aren’t traditional “breakfast foods,” we have to admit that they sound scrumptious.

First up to bat is Casey’s Corner with muffins, bagels and a croissant donut. If something more substantial is wanted, corn dog nuggets and a “hash brown dog” are also up for grabs. The Plaza Ice Cream Parlor may surprise some as a choice for serving “breakfast food,” but look at how a little creativity can help justify those vacation indulgences! Say hello to the new donut sundae topped with Edy’s ice cream, hot fudge, apple, whipped cream, peanut butter chips, chocolate chips and a cherry on top. For early birds who feel this “worm” would be a bit hard to swallow at that hour, Mickey waffles, Kelloggs cereal and donuts are also on the ice cream parlor’s menu. Sleepy Hollow is already known for its sweet dressings atop funnel cake and waffles, but soon it will be serving up an item that goes in a different direction–a waffle sandwich with egg, ham and tomato. I think I hear it calling me now.

What do you think about these new offerings? Which ones strike your fancy?