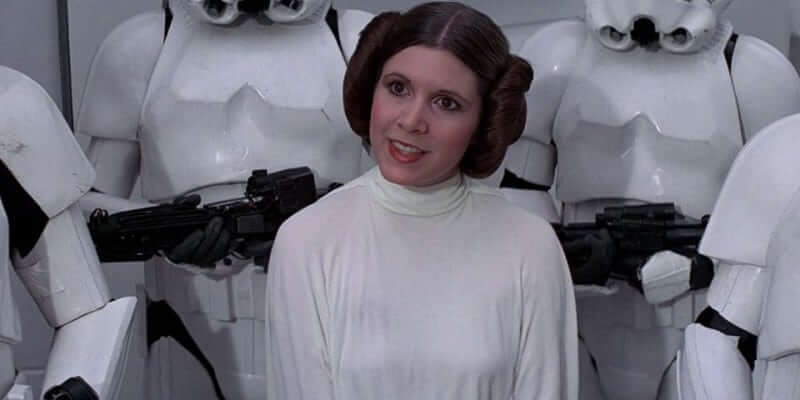 The death of Carrie Fisher, the actress who played Princess Leia in the legendary Star Wars movies, deeply affected a dedicated fanbase this past December. Beyond that, it also presented a huge obstacle for writers of the franchise who had written her character of Leia into upcoming films.

While it was reported that Fisher completed all her scenes for “Star Wars: Episode VIII,” the question of how to proceed with Episode IX still loomed overhead. It was a question for which Colin Trevorrow, the director of the film, needed an answer.

Trevorrow held a meeting with Lucasfilm president Kathleen Kennedy to discuss the options in moving forward, and there has been much speculation about what the powers-that-be will do to settle this “disturbance in the Force.” Namely, it was hypothesized that the producers would avail themselves of the technology that resurrected Peter Cushing for his recent role in “Rogue One: A Star Wars Story.” However, this idea has now been laid to rest. Lucasfilm has stated quite unequivocally that it will not digitally recreate Carrie Fisher for “Star Wars: Episode IX.”

The following statement was issued by Lucasfilm concerning the matter:

We don’t normally respond to fan or press speculation, but there is a rumor circulating that we would like to address. We want to assure our fans that Lucasfilm has no plans to digitally recreate Carrie Fisher’s performance as Princess or General Leia Organa.

Carrie Fisher was, is, and always will be a part of the Lucasfilm family. She was our princess, our general, and more importantly, our friend. We are still hurting from her loss. We cherish her memory and legacy as Princess Leia, and will always strive to honor everything she gave to Star Wars.