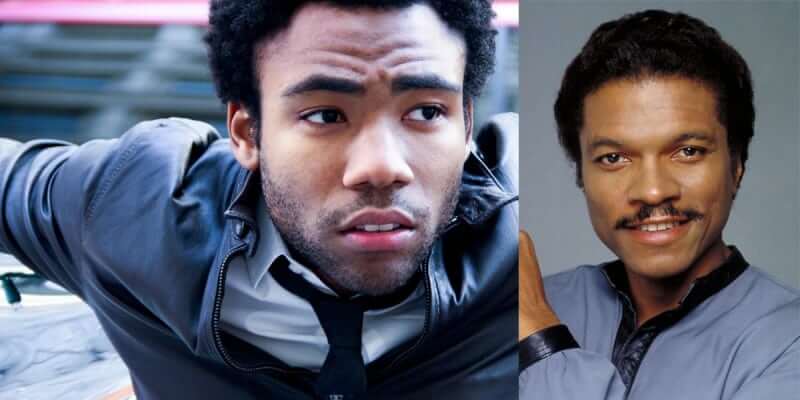 So what’s next for the multitalented alum of the “30 Rock” writers’ room? Well, besides starring in the upcoming Marvel/Sony team-up effort “Spider-Man: Homecoming” in a thus-far unannounced role, he’s also preparing for his part as Lando Calrissian (previously played by the ever-so-suave Billy Dee Williams) in directors Phil Lord and Chris Miller’s untitled Han Solo-centric “Star Wars” spinoff movie.

WATCH DONALD GLOVER TALK ABOUT GETTING CAST AS LANDO ON THE GOLDEN GLOBES RED CARPET:

Donald Glover talks about being cast in the upcoming Han Solo spinoff: “I was kind of shocked.” #StarWars #GoldenGlobes pic.twitter.com/0QVBMXGA8Z

At the award show, Glover spoke with Variety on the red carpet about his love of Star Wars. “I grew up on it,” he remarked. “There’s actually a meme traveling around the internet of me in my [high school] yearbook wearing a Star Wars t-shirt, like a true fan.”

“I was kind of shocked,” Glover continued when asked about getting cast in the iconic role of Lando. “But at the same time, I was like, ‘somebody’s got to do it.’ I feel honored to have it.”

Glover also talked with USA Today on Sunday, commenting that “Lando’s a big deal to me. It was literally the first toy I ever got. When you have something that’s kind of iconic, it’s hard because you want to live up to the expectation. But all you can do is live up to your own. And Star Wars is really high. I really just want to have fun.”

The as-yet untitled Han Solo movie is currently scheduled to be released in the summer of 2018.