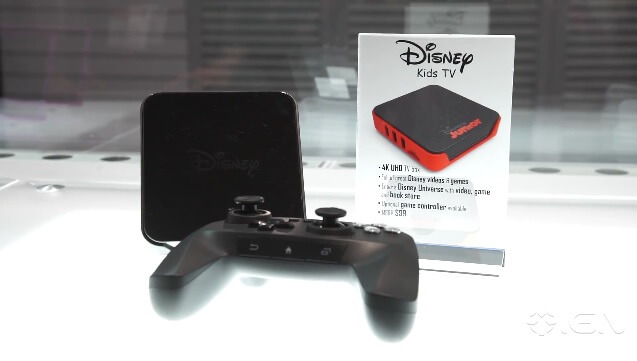 This week at CES 2017, Disney made the pretty big announcement that they would be releasing a streaming box that would feature some Android games, TV/movie content and play music. The Disney Kids TV box will be the first streaming box that will put kid-friendly content front and center with preloaded Disney media. The box will cost you $99 but unfortunately the company hasn’t revealed a hard release date yet except sometime in 2017.

The Disney Kids TV box will feature everything a Disney fan would want like Disney themes, streamlined menus, ad-free experience and a Disney-branded game controller will also be available.

You can learn more about the Disney Kids TV box in the video below.