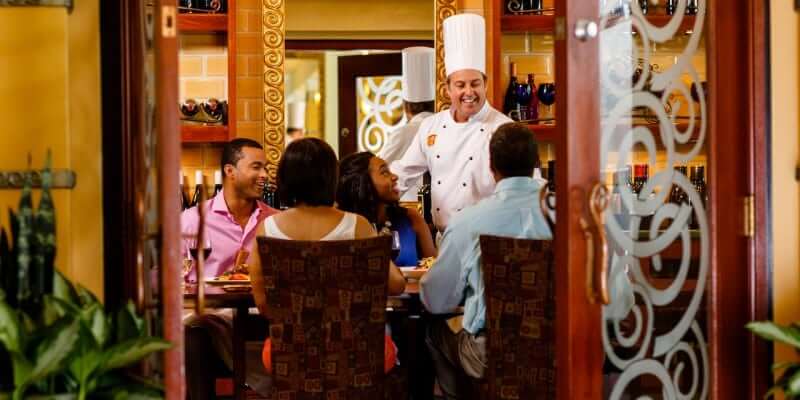 Looking for a perfect date night? What if you could sit down at a table with a loved one, and have your own personal award-winning chef prepare a five star meal for you writing front of your very eyes?

Well Disney Parks Blog reports that the chefs of the Walt Disney World Resort gather together for the new year to display their talents with “Delicious Disney, A Chef Series”. An intimate opportunity for guests of the Orlando destination to enjoy specially-themed meals that are sure to delight.

The dinners are often intimate (no more than 60 guests), and the kickoff for 2017 will be Jan. 31 at Cinderella’s Royal Table in Magic Kingdom Park. There will be nine dinners in all, in other locations including Markham’s at Golden Oak, Be Our Guest Restaurant in Magic Kingdom Park, and backstage at the Walt Disney World Tree Farm.

July 19th at 6:30pm
Enjoy the exotic and exquisite tastes of a journey Under the Sea
Featuring Flying Fish’s Timothy Majoras and Team
Location Markham’s at Golden Oak*

August 16th at 6:30pm
A Walk around the World with Disney
Featuring Culinary Director Edwin Wronski and the Flavor Lab Team
Location Markham’s at Golden Oak*

December 6th at 6:30pm
Farm to Table Dining Experience
Featuring a collaboration of our Disney Chefs
Location The Tree Farm

So what do you think? Ready for an unforgettable dining experience with some incredible chefs, surrounded by Disney love? Let me know in the comments below and stick with Inside the Magic for all things fun and awesome!