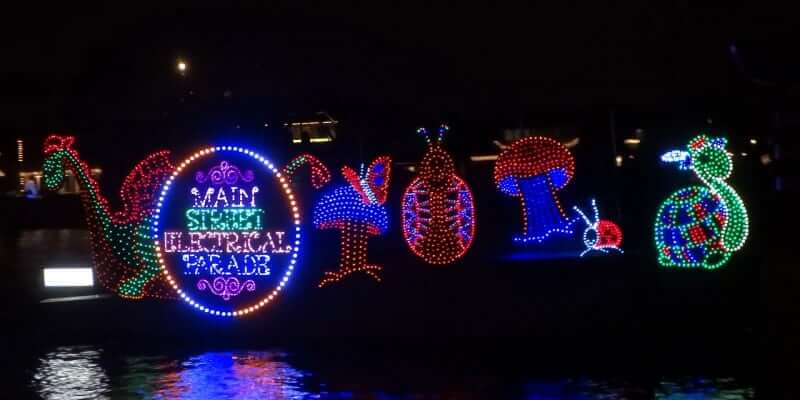 Start blocking off your spot on the curb soon! The Main Street Electrical parade is making its grand return to its original home in Disneyland for a limited time starting Friday January 20th, with a separate-ticket premiere event the evening before, on the 19th.

This week at the popular Newport Beach Christmas Boat Parade in Southern California, the world-famous Electrical Parade was a featured attraction with its own boat decked with colorful lights. And first-time Grand Marshall Mickey Mouse even led the way, partnered with Disneyland Resort Ambassador Allie Kawamoto on the preceding boat.

It was all in celebration (not to mention promotion) of the Main Street Electrical Parade’s return to Disneyland next month. Be sure to check back here at Inside the Magic for more updates about the parade, and of course video once it’s up and running. In the meantime, happy holidays!