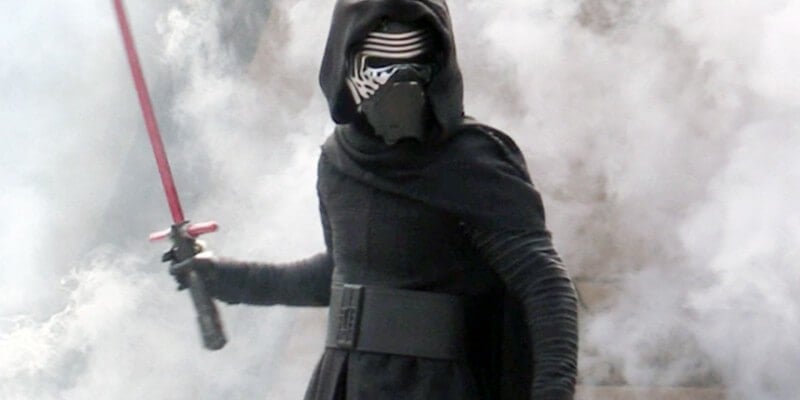 As we approach the new year, it’s time to take a look back at the most popular videos we shared throughout 2016.

Last year, many of our most viewed videos featured something “Star Wars” or something “Frozen” – and this year is no different. But only half of the list features characters from either of this popular properties, leaving plenty of other uniquely fun entertainment to be found in the other five.

We had more than 185 million views across all our videos in 2016 and the top 10 below represent the new ones that grabbed everyone’s attention the most.

Coming in right behind the 10th most viewed video is even more Kylo Ren, this time joined by Captain Phasma and the First Order as they command attention at Disney’s Hollywood Studios.

Moving from one fan favorite to another, the long-running “Aladdin” musical stage show ended at the Disneyland Resort and its final performance caught a lot of attention.

Always popular on this list of most viewed videos is our annual round-up of the best cosplay at San Diego Comic-Con and this year’s lineup was pretty stellar.

Back to Walt Disney World, our final “Star Wars” video joins this list as Captain Phasma made her first theme park appearance.

This year brought us the addition of an all-new Disney theme park: Shanghai Disneyland. And fans were most excited about finally getting a ride based on “TRON.”

Even more popular than the “Aladdin” musical ending was the introduction of the new “Frozen” musical in its place.

And even more popular than the “Frozen” stage show was the new “Frozen” ride that debuted at Epcot this year.

Not even the popularity of “Star Wars” or “Frozen” could take over the excitement surrounding a new Disney Princess being inducted at Walt Disney World!

But the top honors this year go to Universal Orlando as the highly-anticipated new “King Kong” ride made its debut, wowing guests with a massive new animatronic figure of the big ape himself.

As we move into 2017, if we had to make a prediction as to what the most popular video of the new year might be, it’s probably safe to bet on the opening of “Pandora: The World of Avatar” at Walt Disney World. But water park videos are always huge on YouTube and it’ll be a fight for that top spot as Universal Orlando opens Volcano Bay around the same time. Of course, there will surely be many more surprises, so be sure to subscribe to our YouTube channel to watch all our latest videos!

We have to include two horror-ific videos that didn’t quite crack the top 10 most viewed, but were quite popular nonetheless.

Universal Studios Hollywood debuted a year-round walkthrough attraction based on the hit TV series “The Walking Dead” and its grand opening was quite the frightful sight.

At Universal Orlando, the “American Horror Story” haunted house at Halloween Horror Nights was almost unanimously the most popular with its stellar sets and crazy characters.

Comments Off on Our Top 10 Most-Viewed Videos for 2016 – More Star Wars, More Frozen, and more horror!