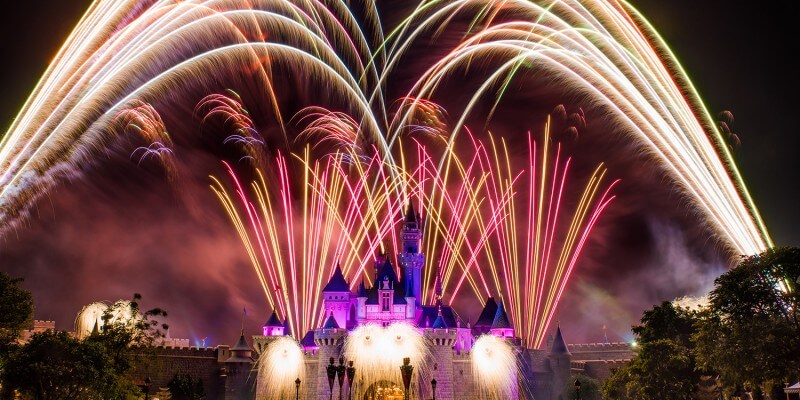 2016 has officially arrived and Inside the Magic is excited to start the year off running. This past year brought so many new experiences that Inside the Magic reporters had the chance to capture. Whether it was a new addition on an attraction, or at a resort, we were there to shoot, edit, and share!

The Top 10 videos featured below brought in over 25 million views, collectively! All thanks to ITM fans from all over the world.

Popular videos featured experiences from Frozen Summer Fun, Star Wars: The Force Awakens hype, and lots of new additions at Disneyland to celebrate the 60th anniversary of the park.

Let’s walk through the Top 10 videos together:

To celebrate the 60th anniversary of Disneyland, the Paint the Night parade debuted on May 22. Featuring all your favorite characters, Paint the Night has been leaving smiles on guests faces all throughout the Diamond Celebration!

Disneyland made so many updates and improvements during the year. This POV ride on the Matterhorn Bobsleds features the new Abominable Snowman effects.

During the Frozen Summer Fun event, guests had the opportunity to experience a Frozen themed transformation. Guests between the ages of 3-12 had the chance to choose between three different boutique packages, as well as some tasty treats and snacks, all Frozen inspired, of course!

7. Descendants sing-along with cast during Fan Event at Downtown Disney

The stars from the new Disney Channel Original Movie, Descendants, performed at a Fan Event in Downtown Disney in Anaheim on October 17. This sing-a-long event featured the hit songs “Rotten to the Core”, “If Only”, and “Did I Mention.”

Universal Studios Hollywood debuted a walk-around meet and greet at Jurassic Park with the new Raptor Encounter experience! How crazy is this!?

This limited time engagement of “Frozen Summer Fever” at Disney’s Hollywood Studios featured Anna and Elsa and Olaf in the Frozen Royal Welcome. This mini-parade had guests singing and dancing as Queen Elsa brought in a few “snow flurries” daily!

A popular event this year was the Star Wars Celebration in Anaheim. Mark Hamill (Luke Skywalker), Carrie Fisher (Princess Leia), Anthony Daniels (C-3PO), and Peter Mayhew (Chewbacca), along with new stormtroopers and new faces from Episode VII, joined together for a panel discussion and photo op.

3. BB-8 droid from The Force Awakens rolls out on stage at Star Wars Celebration Anaheim

The Force definitely awakened this year! With the release of the seventh installment, of course one of our top videos features the oh-so-cute BB-8 droid. He made his debut during on the Star Wars Celebration Stage during The Force Awakens panel with JJ Abrams and Kathleen Kennedy earlier this year.

Another addition to Disneyland this year was the new Frozen stage show that debuted in the Fantasy Faire Theatre. This show features vaudeville style performers, Mr. Smythe and Mr. Jones, retelling the film’s story, as well as Anna and Elsa!

Frozen takes the top spot again this year! This year our top video features the Frozen Fantasy special event at Tokyo Disneyland is a pre-parade featuring Anna, Elsa, and Olaf speaking in Japanese. Elsa even sings the popular song “Let It Go.”

Happy New Year and we can’t wait to share more fun and exciting videos with you in 2016!