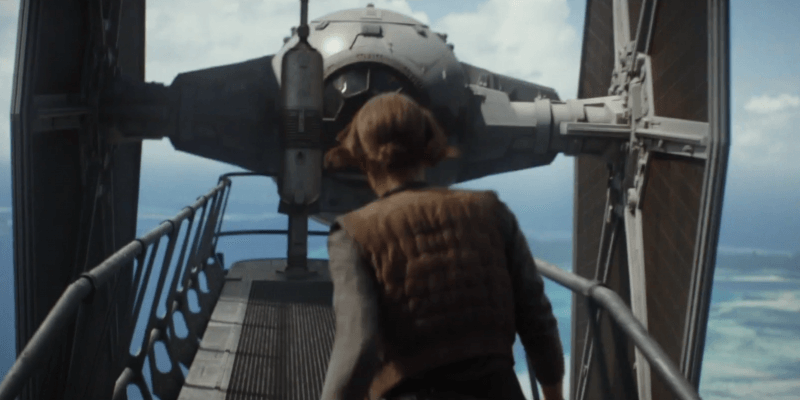 I’ve made no secret of the fact that I’m a pretty big Star Wars fan, either in my writing on this website or elsewhere. I’ve spent a pretty big chunk of my life watching, reading books about, playing video games based on, and thinking about all things Star Wars. At this point, to say it has consumed me would be an understatement.

So it should come as no surprise that I jumped at the opportunity to visit the legendary Skywalker Ranch in northern California, longtime headquarters of Lucasfilm (before most of the company moved to its current site in San Francisco’s Presidio district) and still the location of the Skywalker Sound editing and mixing facilities.

This past weekend was the international press junket for “Rogue One: A Star Wars Story” and a select group of media were invited to the ranch and to the Presidio’s Letterman Digital Arts Center for a preview of the movie and a chance to interact with the cast and creative team.

WATCH MY VIDEO REACTION TO “ROGUE ONE” FOOTAGE:

Before the screening on Saturday night, director Gareth Edwards (“Monsters,” “Godzilla”) addressed the crowd in his usual affably modest way, asked us not to spoil too much of what we were about to see for our readers, and then cued the projectionist. What unspooled on the screen before us gave me goose pimples and left me wanting a whole lot more.

In total, we were shown a little over twenty-five minutes of “Rogue One,” including roughly the first fifteen minutes of the movie, plus one incredible ten-minute action sequence, and finally a montage not too dissimilar from the film’s latest trailers.

The opening scene is very moving and skillfully sets up the motivation for the movie’s protagonist, Jyn Erso, in a compelling way. If you haven’t already read the tie-in novel “Star Wars: Catalyst” (which serves as a preface of sorts to “Rogue One”), I recommend starting it now so you can wrap it up by the time the film hits theaters. It contains a backstory that lends a tremendous amount of weight to the movie’s first moments. The next few scenes dealt with the introductions of some of the movie’s other key characters, such as the dashing rebel captain Cassian Andor (Diego Luna) and the lovably quirky ex-Imperial droid K-2SO (Alan Tudyk), sure to become a fan favorite. The separate action sequence we were shown depicted a ground battle on the desert moon of Jedha, and the debut of Donnie Yen’s character, the blind Force-user Chirrut Imwe. I can’t begin to describe to you how his throw-down against a battalion of stormtroopers took my breath away.

That’s about all I’m willing to reveal, in keeping with the vow we swore to Mr. Edwards. Suffice it to say that what I’ve seen of “Rogue One” delivers on every promise the movie made when its premise was first unveiled. It’s every bit as gritty, ragtag, and grounded in the mirk and mire of war as I was hoping, and I can only cross my fingers that the rest of the movie lives up to what we were shown that evening.

After the screening, the members of the media in attendance were treated to a reception in the courtyard at Skywalker Sound, alongside a display of some of the original costumes from the film. Take a look at the video above and the photos below to get a closer look, and stay tuned to Inside the Magic for more from my weekend at Lucasfilm, including the press conference with the cast and a tour of world-renowned effects house Industrial Light and Magic.

I went into this weekend a lifelong Star Wars fan, and I left with certifiable Star Wars Fever. I’m more excited now for the future of Star Wars than I’ve been since before the prequels came out. And I’m also more excited for “Rogue One” at this moment than I was for “The Force Awakens” this time last year. And that’s saying a lot.