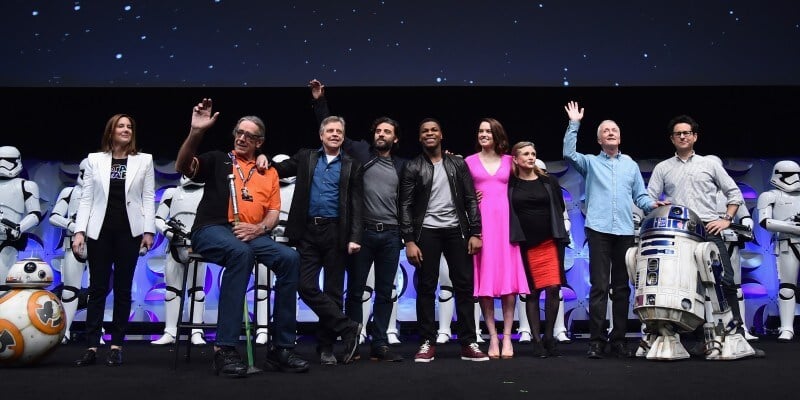 I grew up around sports people. My dad was a professional baseball umpire and my family, like most American families, watched football and basketball and participated in little leagues. One of my best lifelong friends is a dyed-in-the-wool New York Mets fan. He lives and breathes that team, and supports them no matter what: whether they win the World Series, like they did once when we were kids, or whether they choke, like they did this year (sorry, Kevin). So I know second-hand what it’s like to have that kind of relationship with sports. But I’ve always been different.

I was a dork in the 80s and 90s, back before widespread Comic Con geek-cred and the superhero movie craze, when being into “nerdy” things was still an isolating upstream fight against the more traditional forms of recreation. Though peer pressure did its best to persuade me, I never loved sports and I didn’t have a team to root for. I was an indoor kid. (Who am I kidding? I still am.) But I did love popular culture. And I had Star Wars.

And when it came to popular culture, Star Wars was by and large the undefeated champion. By the time I was seventeen, the franchise was made up of three great movies (yes, Return of the Jedi has its problems, but for argument’s sake let’s put it in the “win” column) and a handful of novels, comic books, and video games that managed to continue the story without tarnishing what had come before. It was a pure, simple story about good and evil, and it had great characters, cool spaceships, and puppets. Who doesn’t love puppets?

Then the Special Editions came out in 1997, and things started to change for the worse. Like so many other fans, I trusted George Lucas to handle the future of Star Wars simply because he created it. But it gradually became clear that George wanted Star Wars to be different than it was. The Star Wars in his mind was no longer the Star Wars that we fell in love with, which is a sad fact I might have learned to live with if he hadn’t taken the version that we loved away from us. The theatrical edits of the original trilogy—the ones we knew for almost two decades before they were “updated” with inferior CGI effects and unnecessary additions and changes—are no longer commercially available.

It took another eight years after that, but the three long-awaited prequels (Episodes I, II, and III) finally cemented the idea that Star Wars as a whole could be, to put it mildly, a mixed bag. They’ve been debated about endlessly and over-analyzed to the point of saturation, so I won’t go into detail here about why I think the prequels are bad movies. I just do. What’s worse is that they’re bad movies that tarnish an otherwise wonderful fictional universe, and a lot of people, including myself, spent a long time hoping for something much better and more meaningful than that.

Previously, when other authors had adapted or extended Star Wars into ancillary materials, they had paid special attention to respect the tone and feel of the original trilogy, but George Lucas clearly had no interest in doing that. Which is fine, it was his universe to ruin. But I couldn’t help but be extremely let down by how the prequels were handled. And yet, after everything that happened, after all the heartbreak and Gungans and midichlorians and mischaracterizations and Jango Fett, against all odds, to this day I still love Star Wars.

So now, as an adult, I know what it’s like. I know what it is to have this thing that you love—a thing that has been undeniably great in the past—disappoint you. But just as my love for Star Wars has not died, the franchise itself will not be put to rest either. We are less than two weeks away from the seventh feature-length theatrical installment of the series, and there has been a widely (and wisely) publicized overhaul in the creative approach to the new movie: a promised return to the spirit of what Star Wars used to be.

Yes, I think it’s a good thing that George Lucas has stepped away, or was elbowed out, or whatever really happened behind the scenes of The Force Awakens. While I don’t think J.J. Abrams has a perfect track record as a filmmaker, everything I’ve heard about his approach to this entry, and especially his collaboration with screenwriter Lawrence Kasdan, makes me hopeful that he might be taking the right approach. I believe that they have the best interests of Star Wars (and its fans) in mind. And I have to admit that I’m excited again.

I’m excited that The Force Awakens might reclaim that tone, that indescribable mixture of warmth and humor and exhilaration that made Star Wars connect with people almost forty years ago. To anyone who would wonder how I’m capable of forgetting the past, of overlooking how badly I got burned last time around, I can only explain it like this: Star Wars is my sports team. It might disappoint me, but I can’t stop rooting for it to be good again, because I know how wonderful that feeling is.