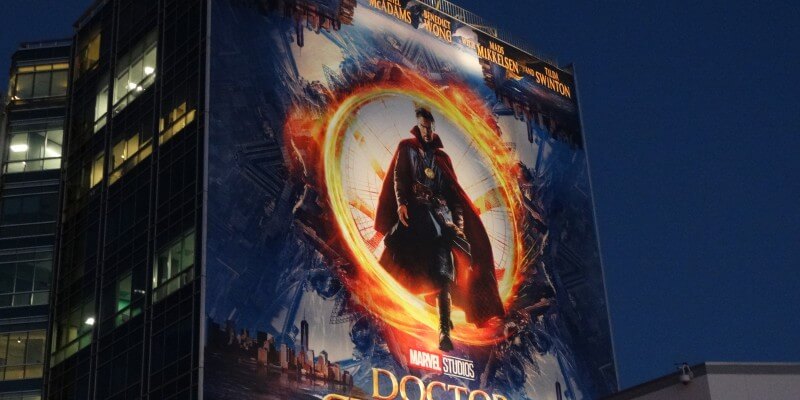 We’re just one day away from the U.S. release of Marvel Studios’ “Doctor Strange,” with many fans getting ready to line up for sneak preview shows on Thursday evening and midnight release screenings immediately thereafter.

In the interest of getting the word out there, Disney has erected a giant billboard promoting the movie on Sunset Boulevard in West Hollywood, California. But this is no ordinary billboard, as the enormous portal surround Doctor Strange himself (Benedict Cumberbatch) gets lit up in an exciting animated fashion– via high-tech projection technology– to bring the advertisement to life between the hours of 6:00 PM and 2:00 AM from now through Sunday.

You can visit the animated billboard at 8560 Sunset Boulevard in West Hollywood. Comments Off on VIDEO: Nifty new animated “Doctor Strange” billboard appears on the Sunset Strip on the eve of the movie’s release