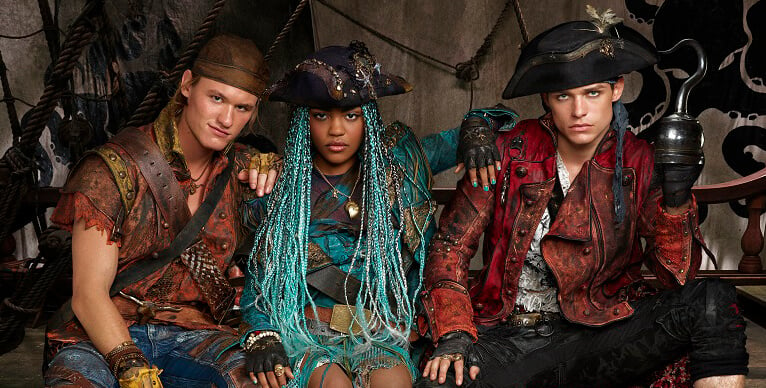 Some really neat news for Disney fans looking forward to the sequel to the smash-hit Disney Channel Original Movie The Descendants!

Straight from the Mouse himself, the villains have emerged from the world of Descendants 2 – Gil, son of Gaston (Dylan Playfair),  Uma, daughter of Ursula (China Anne McClain) and Harry, son of Captain Hook (Thomas Doherty).  Naturally, each of these characters have signature colors connected to their villain parent (i.e. Uma’s teal colors are inspired by Ursula’s eye shadow).

“Descendants 2” has officially wrapped production for a 2017 premiere only on Disney Channel. In the meantime, stick with Inside the Magic for all things fun and awesome!