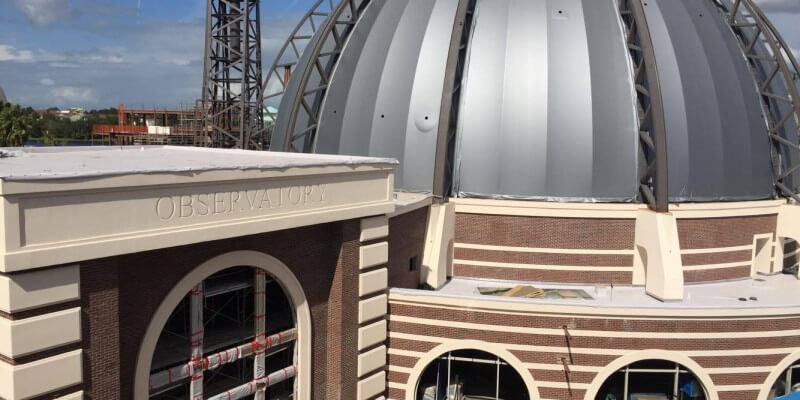 Disney Springs at Walt Disney World is slowly moving closer to completion. Progress continues to be made on their current construction projects, and small but fun elements pop up every month. Check out how construction is developing for the upcoming Planet Hollywood Observatory, The Edison and Paddlefish. We also visited Disney Springs‘ newest meet and greet at the Coca-Cola Store where you can find the Coca-Cola polar bear.

The Planet Hollywood Observatory was set to open this fall 2016, but looks to have at least a couple of more months to go. However, the restaurant recently shared some exciting pictures from the new menu as they anticipate re-opening their doors.

The Edison is another hot spot restaurant and entertainment offering that has more work to be done to it, but the building’s distinct 1920’s look is starting to appear.

The Coca-Cola polar bear is now out for meet and greets daily between 10am to 9pm at the Coca-Cola Store.