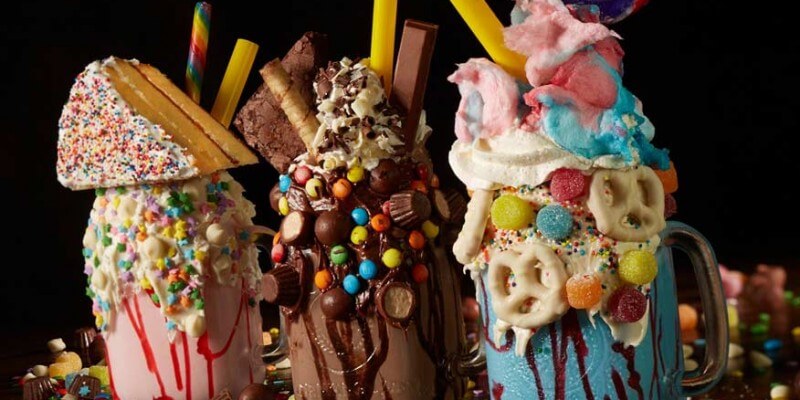 The official Facebook page for the new Planet Hollywood Observatory, planned to open later this year, recently revealed a couple pictures of exciting items that will be featured on their menu. Known as “Supernova Shakes,” these extreme milkshakes are very vivid and define over-indulgence. Another treat that was announced is the Mac N’ Cheese Burger. This creation comes directly from Food Network star, Guy Fieri, who has a hand in helping create the new menu. The restaurant is set to open this fall at Disney Springs.