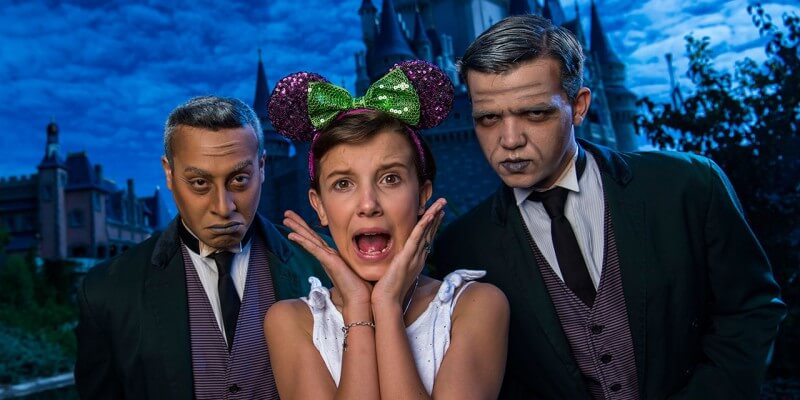 Talk about the ultimate cross-over!

Millie Bobby Brown, who plays Eleven in the Netflix hit, sci-fi drama series Stranger Things, recently visited Magic Kingdom Park with her family and came up with a handful of awesome photos — it goes without saying, it looks like she had a spooky good time:

Had the most magical day with my wonderful family! Thanks @WaltDisneyWorld ??? pic.twitter.com/wRnQqvBWkp

And it looks like she also had a run-in with some unsavory characters: For all things Disney Parks, stick with Inside the Magic!