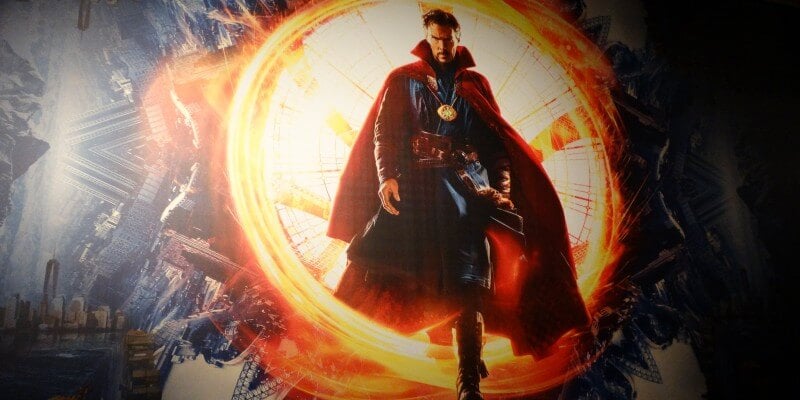 It’s been almost two years since Muppet*Vision 3D was removed from its home in the Hollywood Land area of Disney California Adventure, and since then the theater that housed it has played home to a “Frozen” sing-along, followed by a series of Disney movie previews.

Now the latest theatrical sneak peek has arrived at DCA by way of the Marvel Cinematic Universe, and this one stars the Sorcerer Supreme himself, Doctor Strange, as played by Benedict Cumberbatch (“Sherlock,” “The Hobbit” trilogy) in the new film set to open in the United States this November.

The entrance to the now-renamed Sunset Showcase Theater has been decked out with art from the movie’s posters, and several large banners line the queue area as guests make their way inside. The lobby interior of the “Sanctum Santorum” (the moniker of Strange’s fictional hideout) features an attractive display of the costume worn by Cumberbatch in the film itself.

After viewing the exhibit, attendees can then enter the auditorium, where they are treated to a ten-minute 3D montage of select scenes and moments from the highly-anticipated latest entry in the ongoing MCU.