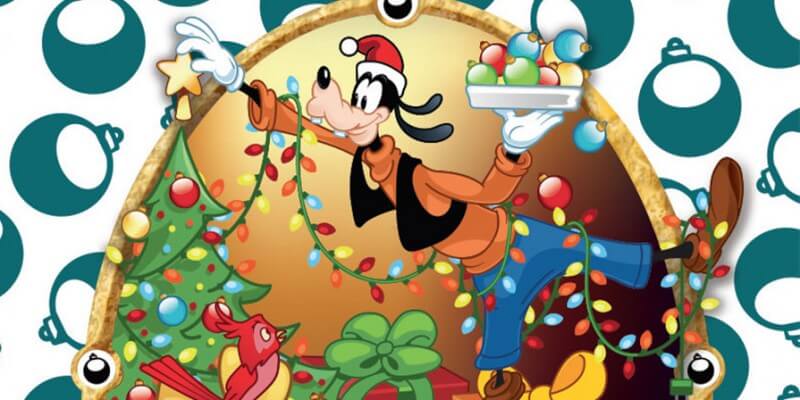 Poor Goofy, you know he means well but it just won’t end well. That quintessential Goofy moment is perfectly captured in the all-new exclusive “Goofy’s Festive Fiasco” Sorcerers of the Magic Kingdom playing card that will be given away at this year’s Mickey’s Very Merry Christmas Party in Walt Disney World.

Starting November 7, guests who are attending Mickey’s Very Merry Christmas Party at the Magic Kingdom park can pick up this special card which, according to Imagineer Jonathan Ackley, “celebrates the glorious holiday chaos created by Goofy as he attempts to decorate for the season!” This new card was revealed this morning over at the Disney Parks Blog. Sorcerers of the Magic Kingdom is an interactive card game that can be played at various locations throughout the Magic Kingdom theme park every day and is not limited to Mickey’s Very Merry Christmas Party. Guests can pick up a starter pack, maps or a new set of cards whenever they visit Magic Kingdom by visiting the Firehouse on Main Street U.S.A. You can help Merlin defeat Disney villains that are up to no good at the park by utilizing these cards that feature your favorite Disney characters to help in the battle. While “Goofy’s Festive Fiasco” is a party-exclusive card, there are tons of cool cards to discover and also trade with fellow players.